Disassociating herself from the brand, minutes ago Toyin Abraham shared the legal documents on her Instagram account and pinned it atop her page.

The mother of one who had days ago, ranted at the company to refund their customers or give them their land wrote:

We are Solicitors to Mrs. Olutoyin Abosede Ajeyemi Abraham, (hereinafter referred to ‘our Client’) and on whose instruction we write the above-captioned letter.

Our Client wishes to disassociate herself from the brand, Revolutionplus (hereinafter referred to ‘the company).

This disclaimer is premised on the fact that our client’s contract with the Company as a Brand Ambassador has been effectively terminated and the compelling need to disassociate herself from the image of the Brand.

Despite the above promises, I was still receiving various threats messages, curses, complaints and pleas from investors claiming they had not been allocated any land or refunded their monies. Some of them further claimed that because I represented the Company as a brand ambassador, I reposed their confidence in the
Company to invest their monies. I became sad, worried, and disturbed and decided to stop my social media publications and advertisement of the Company’s products.

In view of the above termination which I accept in good faith and totality, and considering the recent similar messages I have received from aggrieved customers from the brand, I hereby disassociate myself from the brand and advise that all persons dealing with the brand conduct their respective due diligence’.

It was in the wake of my decision to reduce the brand’s visibility and advertisement on my social media platforms, especially because my integrity as a person is being questioned daily, that I received a ‘Notice of Termination of Brand Ambassadorship’ letter on the 22nd December 2022 by the Company’s legal team, which effectively terminated my contract with them on grounds of reduced affection and reluctant approach towards publicly identifying with the brand.

While performing my duties as contained in the contract, I started receiving a lot of allegations and complaints from investors who claimed the Company has not allocated lands nor refunded them their monies. Some of these investors were in my DM (Direct Message) demanding for refund of their monies or allocation of the lands they paid for.”

Please find below the official statement from our Client:

‘After carefully conducting my due diligence and being personally convinced about the genuineness of the Company, I proceeded to sign a contractual agreement in July 2020, thereby becoming a brand ambassador to market the property products of the Company, Revolutionplus. This duty I carried out with utmost loyalty, diligence, integrity and excellence, which are the core values I stand for.”

See screenshots of documents below: 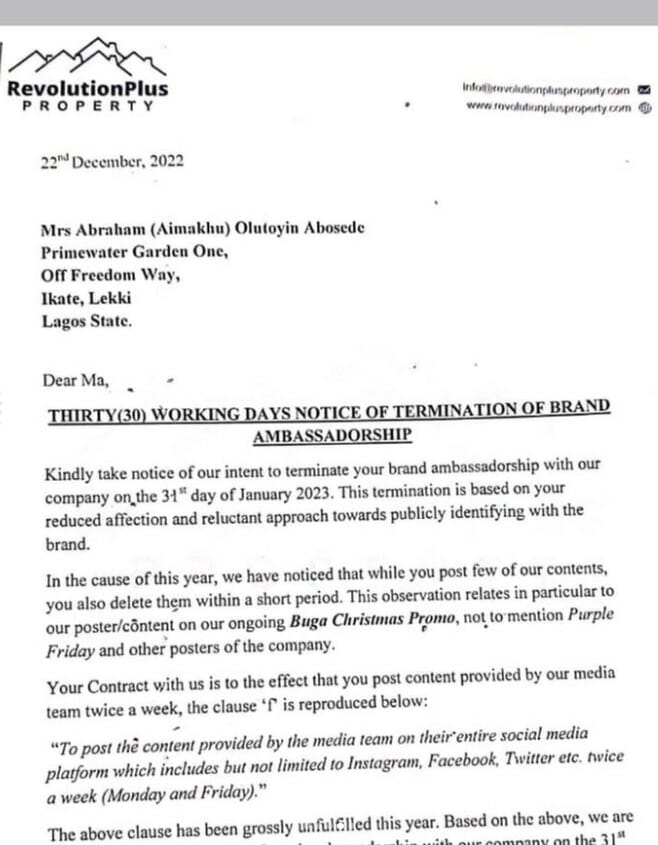 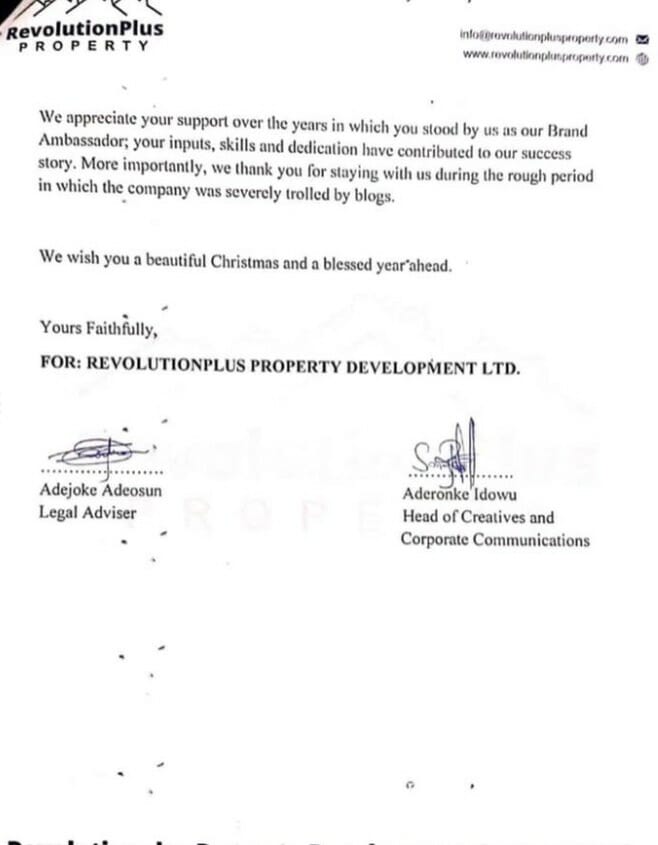 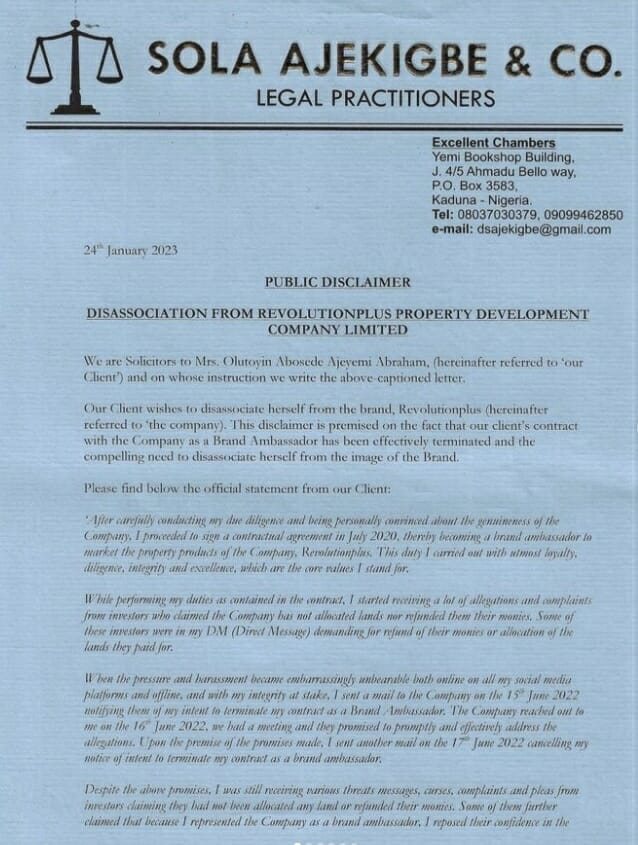 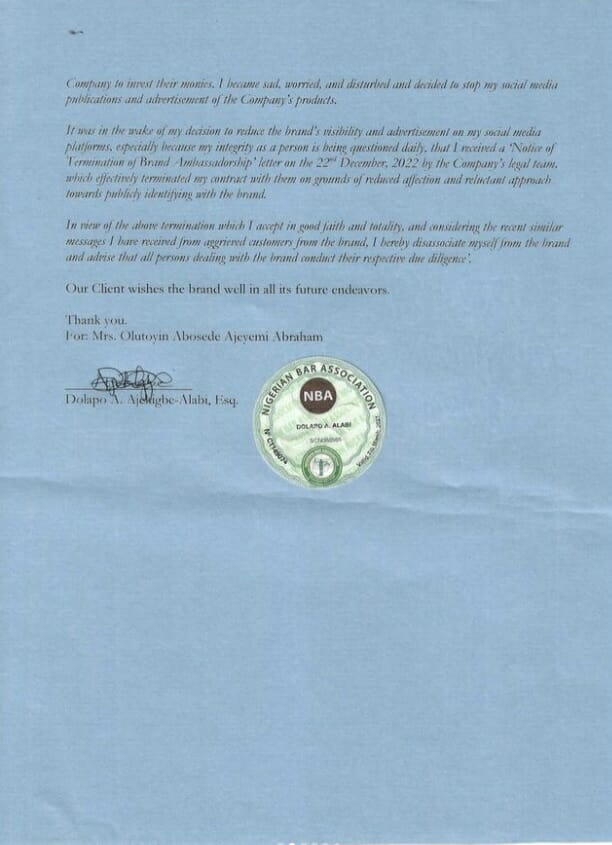 My 20s have been the most confusing years of my life- Davido’s baby mama, Larissa cries out, expresses regret