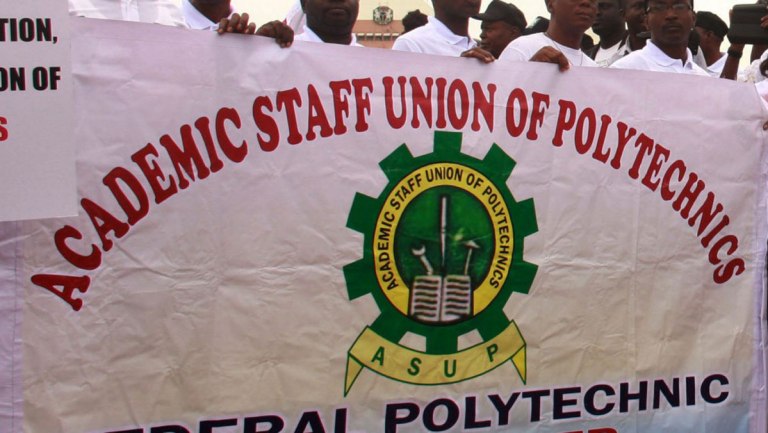 We’re yet to decide on strike ― ASUP

The Academic Staff Union of Polytechnics (ASUP) is yet to decide whether or not to go on an indefinite industrial action at the expiration of its ongoing one-month ultimatum on Wednesday.

The union had on March 31 given the Federal Government one month window to meet its demands which have been lingering since 2010 otherwise it would immediately embark on an indefinite strike.

But the National President of the union, Dr Anderson Ezeibe told Nigerian Tribune at the weekend that the union was yet to determine that.

He said such decision could only be reached at the emergency meeting of the National Executive Committee (NEC) which is the highest decision making organ of the union should the Federal Government refuse to meet their demands by Wednesday.

“But as of today (Saturday), we are yet to fix a date for such meeting,” he noted, adding that “it is at the meeting that the committee will look into all the issues in contention and review the progress made so far and then take a position that will be of interest to the generality of members.

Ezeibe said even though government had been meeting with the leadership of the union and even fixed the next meeting to May 9, government had not been able to show seriousness as regards meeting the union’s demands that involved money.

According to him, the union suspended its last industrial action that lasted about 65 days in April 2021 based on the agreement that the government had approved a sum of N15 billion to inject into the system but up till now more than a year after, the money has not been released.