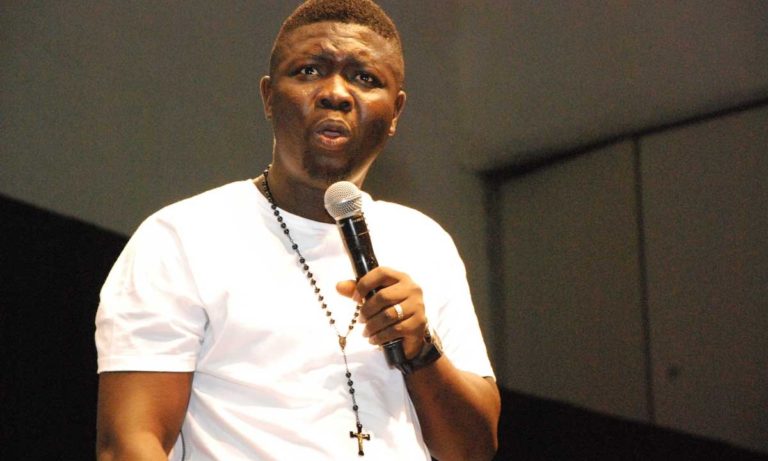 Popular comedian and father of one, Seyi Law, who, last month, was involved in a messy internet spat with controversial blogger, Kemi Olunloyo, when the latter went on the Internet to claim that Seyi’s daughter is obese.

However, the duo have finally reached a truce as they both took to their social media pages to declare a ceasefire.

In a chat with Sunday Scoop, the ace comedian explained why he decided to bury the hatchet.

“I didn’t have anything personal against Kemi Olunloyo; I only responded as a father because I would do anything to protect my daughter. Kemi recorded a video in which she begged my daughter to forgive her and that’s okay by me. It means she understands that she did something wrong and she is trying to make amends,” .

Meanwhile he also revealed his reason why he would not be staging his comedy show, Fast and Funny, this year,

Amidst coronavirus rampage comedian Seyi Law counts his blessings as…

Comedian Seyilaw shares a kiss with his wife Stacey, as they enjoy a…

“I have been very busy lately and as a result of that, I haven’t been able to work on organising the show. Though I have a team that works together with me in planning, my schedule hasn’t made it convenient for me.”