A peaceful anti-Okorocha protest staged by some indigenes of Imo state against the state governor, Rochas Okorocha, was reportedly disrupted by officers of the Nigeria Police Force, Imo state command.

The protest which is expected to last one week, was called for by members of the Imo People’s Action for Democracy, IPAD, who are aggrieved over the manner in which the state governor, Rochas Okorocha, has been managing the affairs of the state.

The protesters say their rally is to among other things, highlight the poor quality leadership of the governor, the erection of statues for African leaders, appointment of his sister, Ogechi Ololo as the commissioner for Happiness and Purpose Fulfillment as well as the unpaid salaries and pensions of workers in the state. 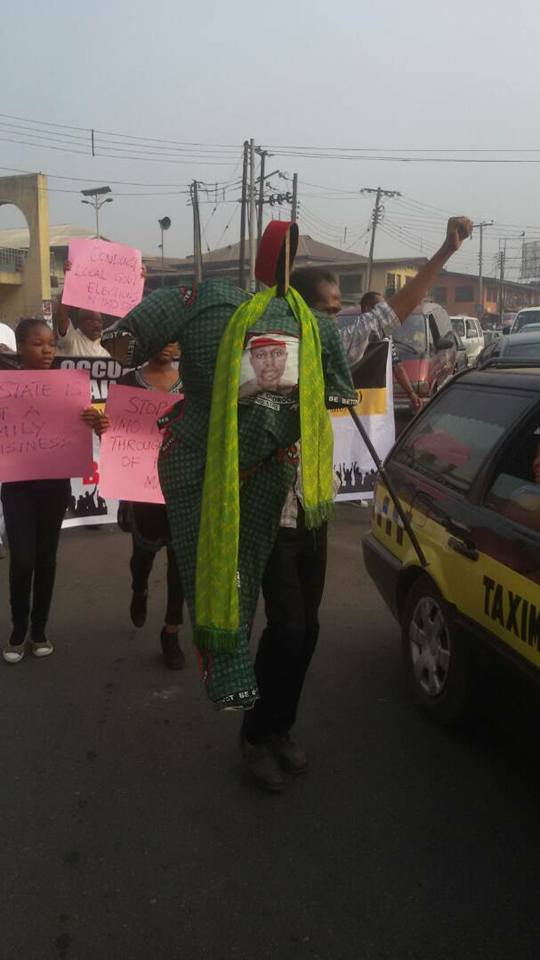 Coordinator of the group, Aku Obidinma, in an intrview with Premiumtimes, said they had written to the police and the State Security Service SSS to sought for protection but it was only the SSS that gave them approval for the rally to hold. He said the Police had asked them to postpone the rally till after the yuletide but they refused.

Aku said while himself and his group were in a procession this morning, police officers ambushed them and then fired tear gas at them. Obidinma alleged that some of the protesters were beaten up by the police and their placards seized.

The coordinator of the protesters vows that the group will continue to call out the state governor who they believe is leading below expectation. 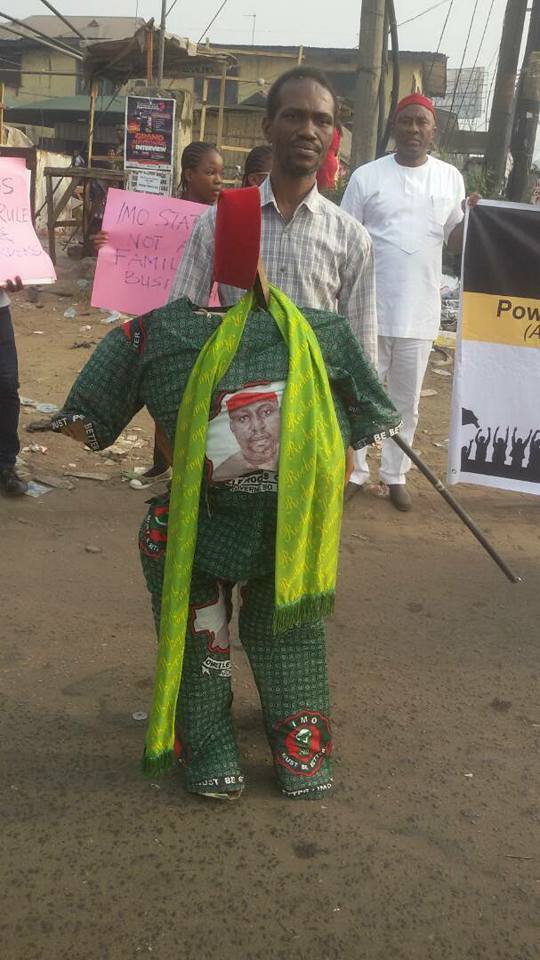 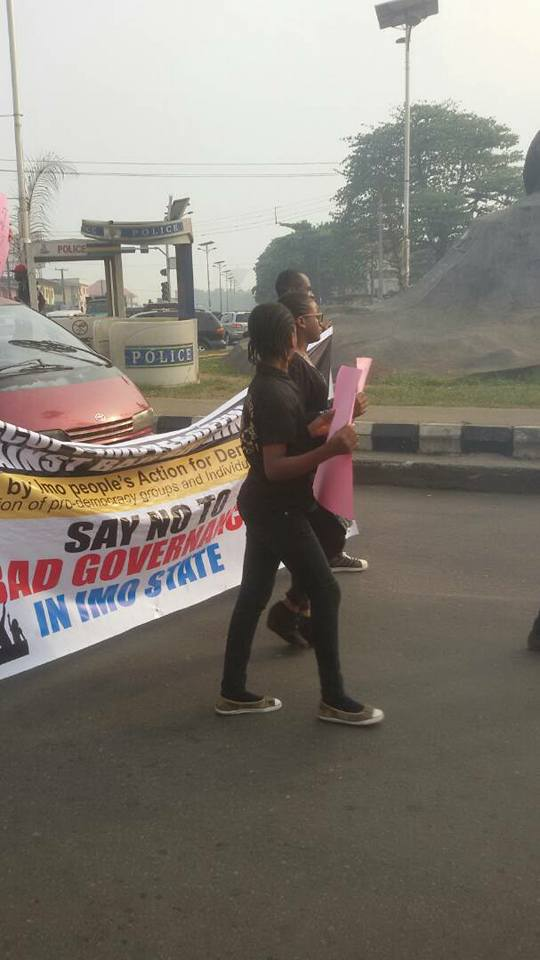 Video: Lady answers boyfriend’s call while having sex with another man