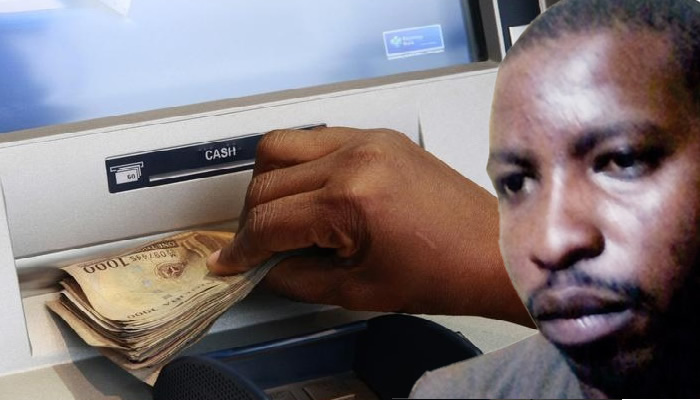 Amechi, who until his arrest, was serving at the ATM customers service unit, of the bank in  Victoria Island Lagos,  is currently being detained at the Special Anti-Robbery Squad (SARS), Lagos State Police Command.

He was arrested penultimate Wednesday along with five other members of the syndicate. Together, the gang had allegedly removed over N20 million from accounts belonging to different customers.

Those who were arrested along with Christian are Oyozoje Joseph, 30, Nelson Matthew Eugari, Henry Omogbemi, 31, and Ene Mona Gabriel.

Luck ran against the banker after the police team arrested the leader of a gang of pickpockets, Akeem Apejoye, in Lagos. In his confessional statement, the pickpocket told the police how Amechi and his gang encouraged him to continue to steal phones.

Akeem told the police that the gang’s  interest is mainly the SIM cards of stolen phones.

After his arrest, he led the police to the homes of those who had been collecting SIM cards from him.

Though, he denied  that he was not in the know that Amechi and his group used the SIM card to steal money from the accounts of customers, he said that the group often bought drinks for him at beer parlour joints whenever he ran into them.

He said that they all grew up in Ajegunle and that he enjoyed being in the company of the gang members, particularly at weekends.

“I used the proceeds which I made from picking pockets to open a boutique in Ajegunle. My shop is located along Ojo Road,” Akeem told the police.

Narrating how his gang removed several millions of naira from victims account, Amechi said that all that was needed for the illegal transfer to succeed was the customer’s SIM card, stressing that any account holder who does online transaction has his or her  BVN number stored on his or her phone.

“I grew up in Ajegunle and I know almost all members of the gang. I knew them on the street, but I was introduced into the business by one of my friends known as Osey Boy and DJ. I attended the University of Nigeria, Nsukka, (UNN). I read Banking and Finance. I am an ATM card system analyst.

“Osey Boy and DJ are referred to as the gang “shooters”. What it means is that they could  remove bank secret code numbers, particularly the BVN from phones. The moment any member of the gang laid his hand on stolen SIM card, they would dial the USSD number and with this they would  access the owner’s BVN. That is if the owner does online banking. Once this is done, they will send me the six last digits with which I could access the owner’s account. My job is to ascertain how much is in the account and at times help transfer money to the person who provided me the information. The gang could then transfer at least N200,000 per transaction into their own account from where they will have easy access to the stolen funds.

Chris, as he is fondly referred to by his gang members also revealed that, aside helping the gang to generate information of account holders, he also provided the gang with telephone numbers of victims.

He disclosed in his confession that, at  times, the gang would do a welcome back of some of the telephone numbers he generated.

His words: “What happens in this case is that the original owner of the line would not be able to make or receive calls. All calls or text messages on such numbers can only be accessed by the person who did the welcome back. The gang members are staff of Telecommute Tin Providers. This people are the ones who do the welcome back for the gang on any number to be profiled.

“My greatest pain was when my aged mother came to see me when I was  in police custody. I pray that God will give her the heart and courage to bear the pains because I know that she will be going through so much pain right now.”

Another member of the gang, Oyosoje Joseph, an engineer who graduated from the University of Lagos, said he had made well over N10 million from local fraud.

The 30 year old who resides at No. 80 Adekeye Street, Ajegunle, said  he joined the gang out of frustration.

As at the time of his arrest, the suspect had over N5 million in one of his accounts. It was learnt that the suspect is also presently being hunted for by operatives of the Economic and Financial Crime Commission (EFCC).

An account he operates with one of the new generation banks has been frozen.

Another suspect, Henry Omagbemi, 31, is said to have operated a network of bogus names to launder the proceeds. A police source said that members of the gang were all involved in a scheme to defraud account holders of millions of naira.

‘Accounts belonging to people with large balances – in some cases several millions of naira were targeted. To identify those rich accounts, Amechi, an employee of  a new generation bank was recruited to help the gang. As an insider, he would then assist in breaching the security protocols in order to steal the money. The money would be transferred to accomplices who would swiftly transfer the money through a number of bogus businesses before the money would eventually disappear” the police source said.

Lagos State Police Public Relations Officer, Chike Oti, confirmed the arrest. He said that one of the victims lost more than N2 million after a member of the gang used a fake welcome back telephone number in the account holder’s name to set up two transfers over three days.

A customer with N200 million in the bank only escaped becoming a victim when they were arrested.