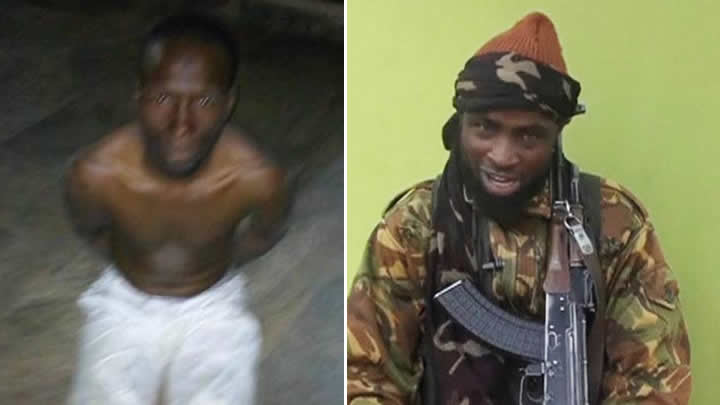 One of the Boko Haram commanders, Abdullahi Bello, who was arrested by the Nigerian Army on February 14th, says the wanted factional leader of the sect, Abubakar Shekau, has escaped to Kolofata in neighbouring Cameroun.

Bello was one of the sect’s commanders forced out of Sambisa Forest by the clear out offensive of military troops involved in Operation Deep Punch 11. He confessed to the Military that the intensity of the offensive has forced numerous Boko Haram commanders to flee their hideouts.

The Nigerian military two days ago announced that Shekau now disguises as a woman and is currently on the run. Yesterday the Military announced a N3million reward for anyone that will come forward with information that will help towards the arrest of Shekau.