Ex-BBNaija housemate Gifty Powers recently weighed in on the new season of the Big Brother Nigeria reality show which is currently playing out. She attacked Biggie for giving preferential treatment to one of the housemates named Seyi.

According to her, one of Biggie’s topmost rules is that no one should curse in the house. In fact, due to the breaking of this rule, KBrule and Khloe from the previous season of the show were said to have been disqualified.

But then, Seyi who happens to be the grandson of Obafemi Awolowo cursed other housemates Thelma and Ike. Against this background, Gifty said it is unfair that Seyi was not disqualified or punished in any way.

According to her, the fact that Seyi, the grandson of Awolowo, was excused despite the fact that he broke a major rule goes a long way to show that one needs connection to remain in the house. 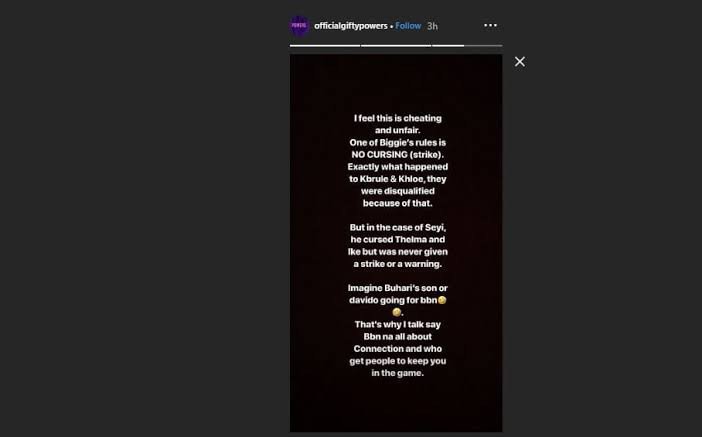 “Must I marry a Big Brother housemate?” – Nina reacts to Khafi and Gedoni’s…