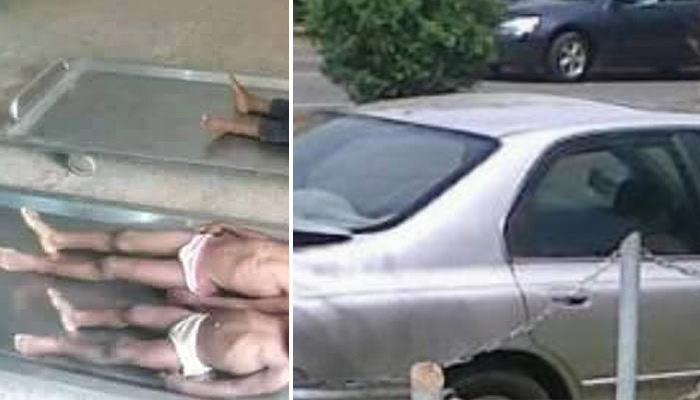 Photos of 3 children that suffocated inside a car in Kano

Three girls between two and four years died of suffocation inside a parked car in Sabon Gari area of Kano metropolis last Friday, around 3 p.m.

Spokesperson of the Kano State Police Command, Magaji Majiya, who confirmed the incident said that the car has been parked at the spot for more than one year. 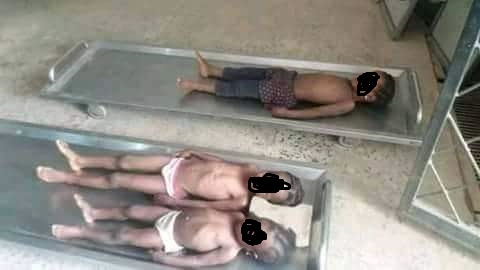 “The girls were playing around it and later locked themselves inside. Apparently, they could not open the door and there was no one around to assist them. Three of them died of suffocation while one survived,” said Majiya.

“The victim that survived has been taken to the hospital while investigation has commenced into the matter,”  Majiya added.