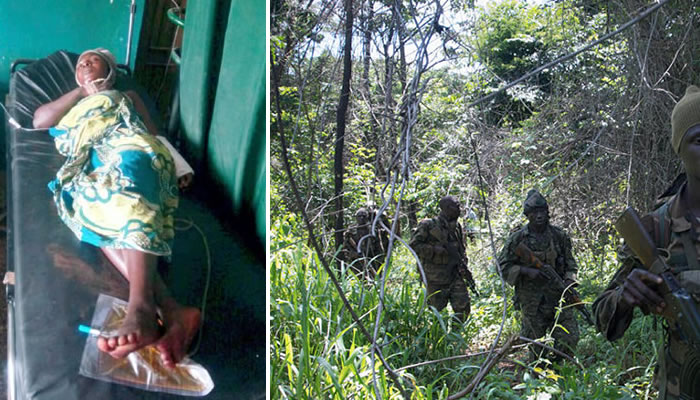 How pregnant woman escaped killer herdsmen by CLIMBING A TREE

By OGBENI .O On Mar 17, 2018
Source The Nation
Share FacebookTwitterGoogle+ReddItWhatsAppPinterestEmail

At the last count, no fewer than 23 villages had been attacked in Bassa and five others in Bokkos, leaving no fewer than 35 people dead and rendering thousands of others homeless.

But sad as it may, the incident was only a dress rehearsal for the bigger attacks that occurred in the two aforementioned local government areas on Monday after initial ones on March 7 and 8, shortly after President Muhammadu Buhari’s visit to the state.

The tragic incidents, whose one of the highpoints was a pregnant woman who escaped death by a whisker after she climbed a tree, had been heralded last week with the killing of a 17-year-old student of Government Secondary School Jebbu, Bassa LGA. Lumumbah Chayi was attacked and killed by some gunmen suspected to be Fulani herdsmen while returning from a tin mining site near Gero village in Jos South Local Government Area of the state.

For the pregnant woman named Ruth Samson, it was a miracle that she escaped the rampaging killer herdsmen, having to climb a tree for the first time in her life, to avoid the killers’ sword. She said: “God rescued me by forcing me to climb a tree while the Fulani men were pursuing us in the bush. I noticed that shortly after they started pursuing us, they diverted their attention away from me and went after the other people. That gave me an opportunity to climb a tree Willy-nilly.

“I had never climbed a tree in my life. So, how I got the courage to climb the tree is still baffling me. When the gunmen were through with the others, they came back and started looking for me, but I was at the top of a tree, watching them. Luckily for me, none of them looked up, probably because they never thought I could climb a tree in my condition. It was God that saved me.”

Thousands of residents in the affected communities in Bokkos and Bassa local government areas have been rendered homeless following the destruction of their homes, leaving many to ask: “Where is government in all this?”

Joshua Kawu, whose younger brother was killed in the last attack, said: “We are facing the most terrible situation in our lives at the moment. Our villages are under siege. Even on the day Mr. President visited the state last week, we were under severe attack by gunmen, but the governor gave Mr. President the impression that there was normalcy in the state. Who do we cry to now?”