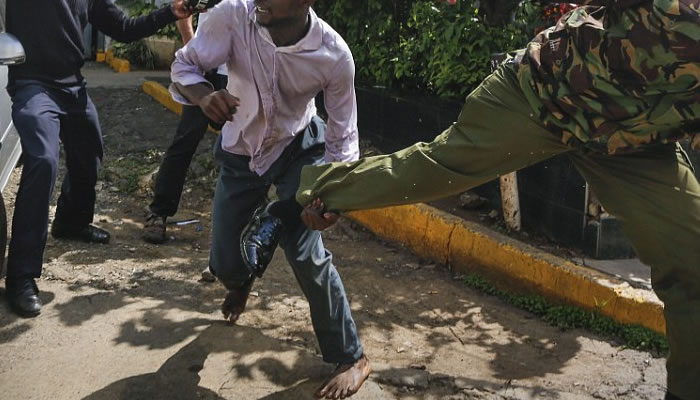 Some soldiers attached to the Joint Task Force in Taraba State, codenamed, Operation Ayem Akpatuma (Cat Race) have allegedly beaten a 27-year-old man, Yusufa Haruna, to death at Mbamga, in the Sarduana Local Government Area of the state.

The deceased’s father, Mr. Haruna Kurkal, told journalists in Jalingo on Monday that trouble started after his son had a misunderstanding with his girlfriend which resulted in a fight between them.

According to him, the girl’s parents reported the issue to the village head, Jauro Abubakar, who asked the Sarkin Hausawa, Alhaji Ibrahim Bangari, to report the case to soldiers.

He explained that the soldiers, on receipt of the complaint, stormed the house to look for him and his son.

He said he had gone to the farm with the victim as of then.

“On Friday, March 23, I was at home in the evening when my daughter ran to me, crying that soldiers had beaten Yusufa to death.

“A few minutes later, I saw some of my relations carrying him on a motorcycle to the house.

“He had been severely tortured and was unconscious. We quickly took him to a hospital where he was pronounced dead,” he added.

Haruna said the matter was reported to policemen in Gembu division, who arrested the village head and the girl.

The duo were said to have been taken to the police command headquarters in Jalingo for interrogation.

The Director, Army Public Relations, Brig. Gen. Texas Chukwu, told our correspondent that he was not aware of the incident, but promised to verify the story.

When our correspondent called Chukwu back, he said the Brigade Commander in charge of the operation had promised to get back to him.

Chukwu had yet to revert to our correspondent as of the time of filing this report.

The Taraba State Police Public Relations Officer, ASP David Misal, said he had yet to be briefed on the issue.