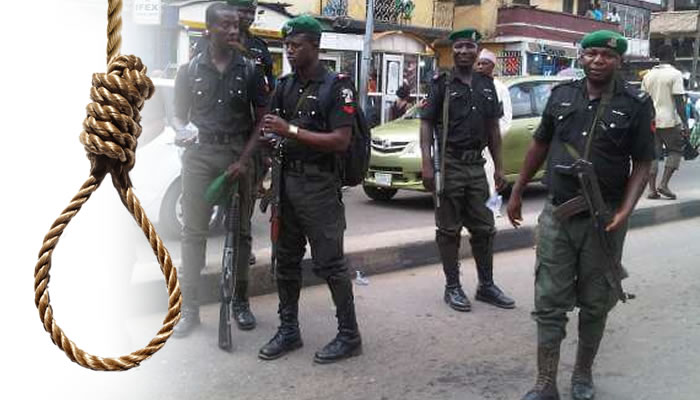 The Gombe State Police command says a 13-year-old son of a policeman is suspected to have hanged himself Yesterday.

Malum said that about 4 p.m. on Monday, the father, Insp. Abdu Manu attached to Criminal Investigation Bureau of Pantami Division, received a phone call from his wife that their 13-year-old son had been found dead in his room.

She said the father reported that the boy allegedly hanged himself with a rope after returning from Quranic School. Malum said following the report, a team of policemen was immediately despatched to the scene and a photograph of the boy was taken.

She said the team recovered an exhibit rope as well as the corpse, which was taken to Gombe Specialist Hospital mortuary for autopsy. She said the case was still being investigated and that further details would be made available after.

A resident of the area who pleaded not to be named told News Agency of Nigeria that the boy was seen about noon playing with his mates and after news of his demise spread in the evening.