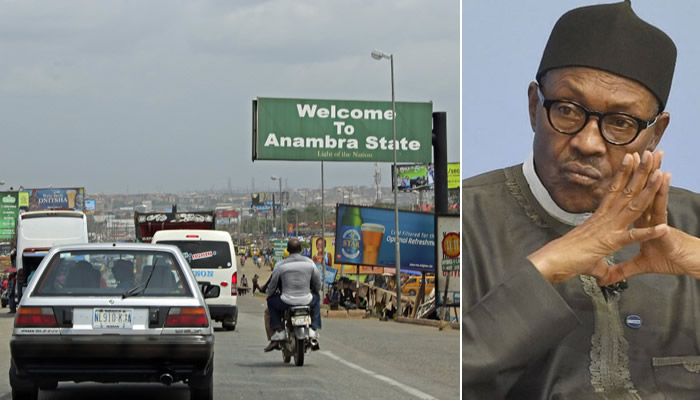 The people of Orumba North and Orumba South in Anambra State have urged President Muhammadu Buhari to declare a state of emergency, to the unending erosion disaster in the federal constituency.

They made the request in Abuja on Friday, when the traditional and town union leaders, led by the member representing the federal constituency in the House of Representatives, Hon. Ben Nwankwo, visited Vice President Yemi Osinbajo.

Nwankwo told State House Correspondents after the meeting, that the disaster was beyond the capacity of the affected communities and the state to handle.

“We are here on a triple mission; the first is to commend the federal government of Nigeria through the Vice President on their very gargantuan input toward the burial of (late) Dr Alex Ekwueme.

“The second mission is to notify them of the war going on in Orumba North and South between erosion and the people as to who owns the land.

“While there is Boko Haram in the North East there is `erosion Haram’ in the South East particularly in Anambra state.

“The Agulu-Oko-Nanka, down to Umunze is the deepest gully erosion in the country and we have notified the Vice President of this situation; about 100 houses have caved in and hundreds of people rendered homeless.

“They are squatting at various places and we are asking for international intervention especially in the area of survey, risk assessment, mapping and ecological engineering.

“But most importantly, the site in-toto should be declared ecological emergency to give it the attention it rightly deserves so that the international community should be able to come into it, otherwise the next two years there will be more disaster,” he said.