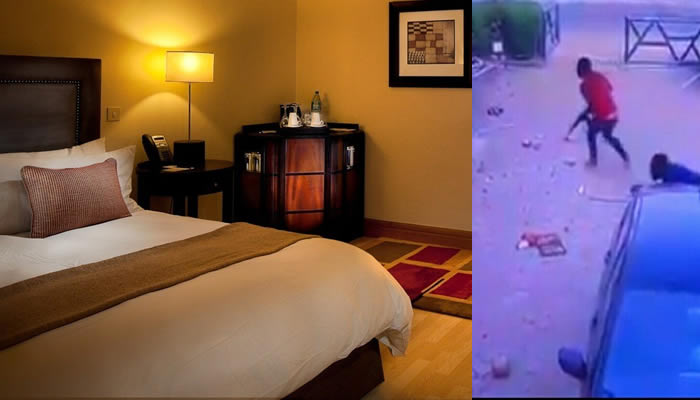 The DPO and Divisional Crime Officer, DCO, immediately sent some officers to the hotel.

A source said instead of arresting the suspects, the police officers negotiated with the bandits, and “the bandits offered the officers N400,000.”

When the policemen returned to the station, they told the DPO and DCO that the bandits were Yahoo boys and not robbers as claimed by the hotel owner.

The source said: “It was not surprising that the robbers visited the police station the following day and killed about nine policemen in retaliation for collecting N400,000 from them.”

Although, the Police has arraigned the proprietor of the hotel before a magistrate court in Ilorin last week for alleged conspiracy in the attack, sources told Vanguard the proprietor challenged the DPO and DCO in Offa to deny if he had not informed them about the bandits when they lodged in his hotel before the attacks on the banks.

Recall that also arraigned alongside the hotelier last week were the accountant, a receptionist, a room keeper and a club house operator of the hotel. They were arraigned on a two-count charge of criminal conspiracy and causing disappearance of evidence and giving false information to screen an offender.

The Police said the offences contravened Sections 97 and 167 of the Penal Code. After taking submissions from the Police and defence counsel, the magistrate, Mrs. M. B. Folorunso adjourned the case till May 3 for further hearing. Meanwhile, spokesman of Kwara State Police Command, Ajayi Okasanmi, told Vanguard yesterday that he was not aware of such information.

His words: “If the hotelier actually gave the Police information about the suspects in his hotel, why didn’t he deny them lodging? To me, it is an afterthought.”