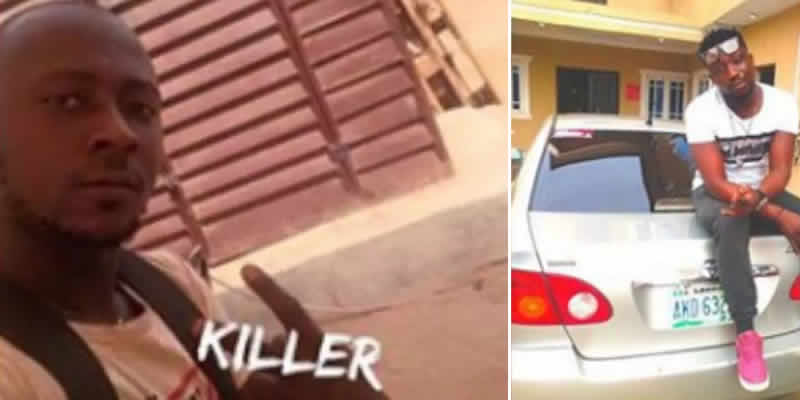 A man identified as, Edet Ayiasi, has reportedly killed his childhood friend, Frank Ohiozua, out of jealously.

The deceased, Frank Ohiozua – a keyboardist who worked with many musicians – had been gifted a car by his elder brother to be using for Uber, but his childhood friend, Edet Ayiasi, became jealous of the development and connived with two other people to get him killed.

Edet Ayiasi and two others abducted Frank in January 2019, whisking him to a bush in Idiroko, Ogun State, where he was macheted to death. The killer would later start telling their mutual friends that Frank had sold his car and traveled out of the country.

Meanwhile, not done, Edet started calling the deceased’s brother to demand for ransom, while he gave out the car to someone to be using for cab business. The brother, however, played along and requested for a bank account to pay to.

The account details of the suspect’s wife was eventually provided and the police used it to track her down to Oreyo Igbogbo, Ikorodu, where she was arrested alongside Edet’s dad.

Seeing that the game was up Edet Ayiasi, turned himself in at the police station, yesterday, and confessed to the killing.

‘If time passes and nobody wants to marry me, then so be it’ — Don Jazzy speaks on Marriage