Alex and Tobi after sex photo

Last week, photo of former big brother naija housemate, Asogwa Alexandra Amuche Sandra (aka ALEX) and her lover who reportedly got her pregnant at 16 stained the INTERNET.

Now, her new lover, Tobi who was a co-housemate in the just concluded BBNaija show is the latest victim of her carelessness.

Last night, an after sex photo of ex-Big Brother Naija housemate, Alex with a mystery man in bed was posted on her Snapchat account.

Many believe the mystery man in the photo, which was captioned ‘Sleepy head, I’m in love with you,’ is no other person but her close friend and BBNaija star, Tobi. 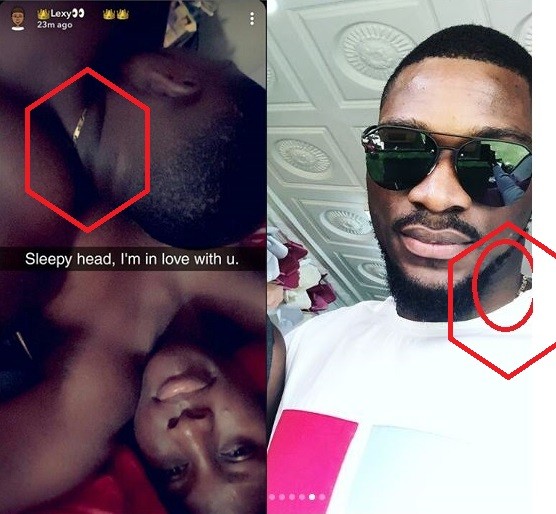 The already deleted post reads: ‘I do not have a picture like this first of all and my Snapchat account has been hacked I really do not understand what people will gain by making this kind of picture. What every fight you guys are putting up hasn’t gotten to this extent.’

Video: Actress Aisha Abimbola having fun with Falz, others before she passed away

Video: Actress Aisha Abimbola having fun with Falz, others before she passed away