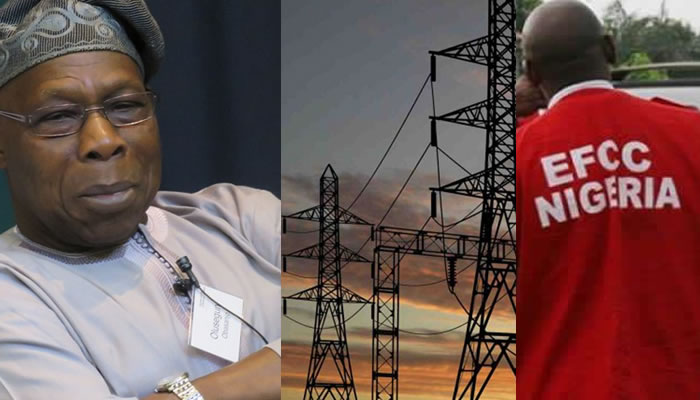 Days after President Buhari spoke about the $16 billion power project embarked upon by the Olusegun Obasanjo administration, the EFCC Has reportedly set up a team to begin investigation on the project which many have described as a failed one.

On Wednesday May 23rd, President Buhari while receiving the Buhari Support Organization, stated that a former president who embarked on a $16 billion power project with no result to show for it, has some questions to answer.

Obasanjo in a statement released on that same day, said President Buhari’s comment on the power project was from an ignorant point of view. The former president in his statement said he had been cleared of any wrong doing with regards to the power project by an investigation panel set up by the National Assembly.

A report by The Nation newspaper says an EFCC team has now been assembled to investigate the power project. An official of the antigraft agency who spoke on condition of annonimity said

”We are looking into all the allegations and issues surrounding the power projects. We will conduct a comprehensive and forensic probe to ascertain the true status of all the projects.

This investigation will actually ascertain how much has been spent so far. We have many figures being bandied about as follows: $16 billion, $13.278 billion, $10.3 billion, $8.4 billion and $8.55 billion. This is not an investigation aimed at ex-President Olusegun Obasanjo or anybody. We have to step in to set the records straight. Already, a team is collating facts and figures on these projects as part of the preliminary level/ bend of the investigation.” the source said