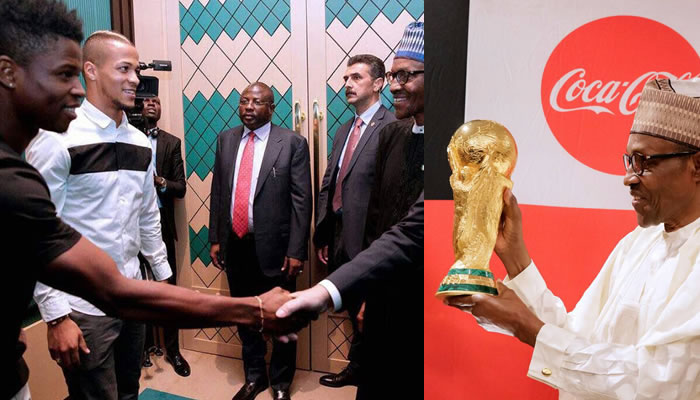 The event slated for the Council Chambers is meant to afford the President the opportunity of bidding the players farewell as they depart for their sixth appearance at the World Cup.The reception was earlier slated for Tuesday evening.

It will hold instead of the weekly meeting of the Federal Executive Council.

The Minister of Sports, Solomon Dalung, will present the to Buhari, a few hours before the Eagles travel to London aboard a chartered aircraft for another friendly against England at Wembley Stadium on Saturday.

From London, the team will fly into Bad Tatzmannsdorf, a city in Austria where they will spend eight days at Avita Resort before flying to Russia.

In-between the final camping in Austria, the team will play a final pre-World Cup friendly against the Czech Republic at the Rudolf Tonn Stadium (just outside Vienna) on Wednesday next week.