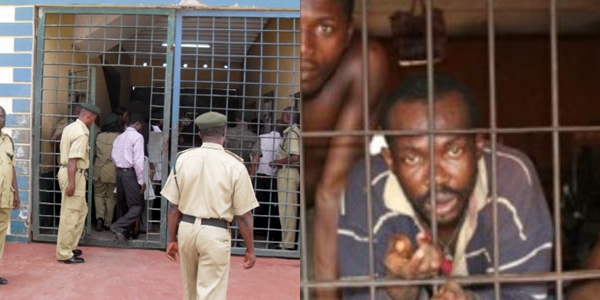 An incident of prison break is currently developing in the North-central part of Nigeria with serious pandemonium caused. The Medium Security Prison located at Tunga area of Minna metropolis was attacked by gunmen on Sunday night.

DSP Rabiu M. Shuaibu, PRO, Nigerian Prison Service, Niger command, confirmed this in a statement made available to us on Monday morning. He said the incident was perpetrated by armed criminals, who attacked the prison and gained access after exchange of fire with armed prison’s officials.

“This led to dead of a prison officer and an Okada rider who convey a prison officer on night duty”, the spokesman added. “So far, through combined effort of all security agencies in the state 7 prisoners who attempted to escape have been recaptured and returned to the prison. “The Prison authority in Minna is profiling the number of fleeing inmates to ascertain the escaped prisoners.

“However, normalcy has returned and security agencies are working together to ensure that fleeing inmates are recaptured. “The general public is hereby assured of its safety; and advised to go on with its normal business “At this juncture, we will like to urge all law abiding citizens to support the security agencies in maintaining law and order as security is a collective responsibility.
“We also advise that citizens should endeavor to report to security agencies any suspicious person or group of persons.”