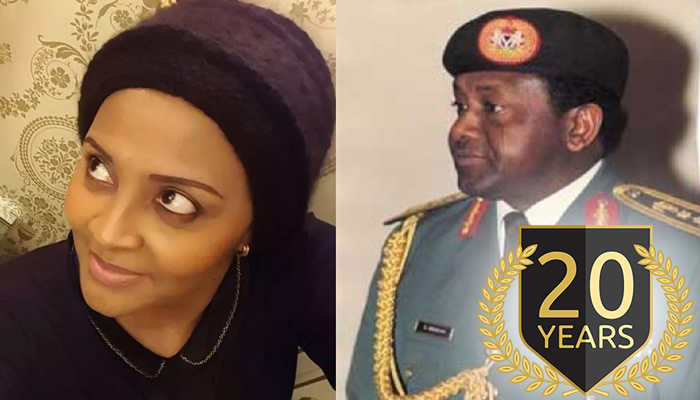 In rememberance of her late father, Gumsu Sani Abacha, this morning wrote, ’20 year’s gone by… may ALLAH swt bless your soul.

She continued by saying ‘May he forgive your shortcomings and may Aljannah Firdaus be your final abode. Ameen. ALLAH ya jikan ka da rahamar sa. We miss you so much’.

Late General Sani Abacha, born on September 20, 1943. He was Nigeria’s military head of state from November 17, 1993 to June 8, 1998 when he died suddenly. It is exactly 20 years since he died and below are major things to remember about the late dictator!