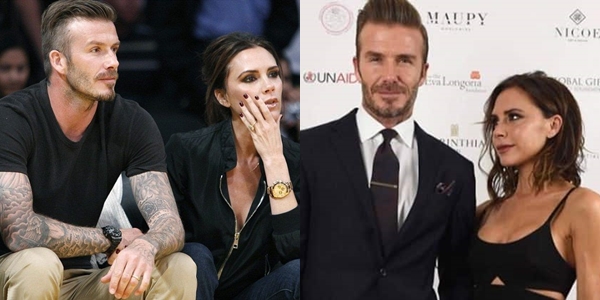 David and Victoria Beckham, who have been married for 18 years, have been at the centre of divorce rumours today after the odds of them splitting up were slashed and betting suspended.

A spokesperson for bookmakers Paddy Power had earlier stated: “We’ve decided to suspend betting on the separation between Posh and Becks.

“It looks like it’s a case of 1 becomes 2 with their marriage seemingly going down the loo.”

After hours of speculation that lit up social media, David and a statement rejecting talk of a divorce has been released.

Reps for the couple said: “There is no statement due or divorce.

“This is all very bizarre and an embarrassing waste of time.

“There is no statement due, no divorce, and a lot of Chinese whispers and fake social media news.”

After they called the claims they have split “laughable”, David, 43, posted a snap of himself flashing a huge smile on Instagram.

The retired footballer looked as handsome as ever in the black-and-white photo as he wore a grey t-shirt and matching jogging bottoms. The sports star also showed off his incredible tattoos.

David grinned from ear-to-ear in the picture as he leaned back against a mirror.

The picture came with the caption: “@House99 is gearing up, share your #GameReady looks.”

David, 43, and Victoria, 44, started dating in 1997 and tied the knot two years later in a lavish ceremony in Ireland.

Their first son, Brooklyn, who was an infant at the time, was a ring bearer.

David and Victoria would go on to have three more children: Romeo, 15, Cruz, 13, and six-year-old Harper.

Meanwhile, Victoria posted a cute photo of herself cuddling up to their youngest child Harper on Instagram today.

Harper, who was seen dressed in her purple school uniform, wrapped her arms around her mum.

Victoria appeared to relish the mother-and-daughter moment as she closed her eyes for the picture.

In the caption, the former Spice Girls band member penned a sweet message to her husband, who is currently away in China.

She wrote: “Morning cuddles x So much love. We love and miss u @davidbeckham.”