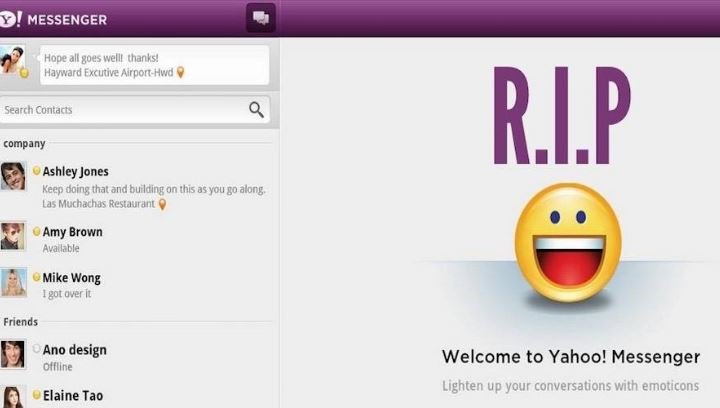 Though some people are not aware of its current existence, the once popular Yahoo Messenger is to be shut down on July 17 after complete 20 years of operation.

This was announced today by Oath Inc earlier today. It was gathered that the company has been testing its new chat service called Squirrel for months, which is believed to be used to replace the Yahoo messenger.

It appears that n a technology driven world like ours, companies like these would be forced to step up their game to still remain significant

It may be recalled that Yahoo Messenger was once a very popular instant messaging apps back in the days, before the coming of WhatsApp, Viber, Facebook, Twitter and many others.

The company says while it may be shutting the service down, your Yahoo ID remains intact for other services like Mail and fantasy sports.

Although the company gave no reason for the action, but it can be far from the dominance pose by the likes of WhatsApp, Facebook Messenger and other chat service.