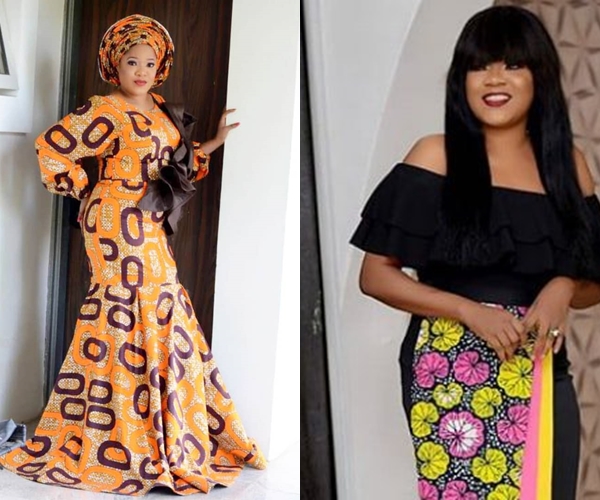 The giant rock in the above ring symbolizes the actress is taken. According to colleagues, Toyin is engaged to a Lagos-based Barrister.

The box Office actress was recently spotted rocking the expensive looking engagement ring at the cinema few days ago.

Toyin whose engagement announcement rocked the social media a couple of weeks ago has refused to talk about the engagement and the coming wedding.

Although her close friends have not ceased talking about their friend’s upcoming wedding ceremony, the identity of the lucky man has remained a mystery.

However Toyin once hinted that her brother and her publicist Samuel Olatunji would be walking her down the aisle on her wedding day… Now the ring!