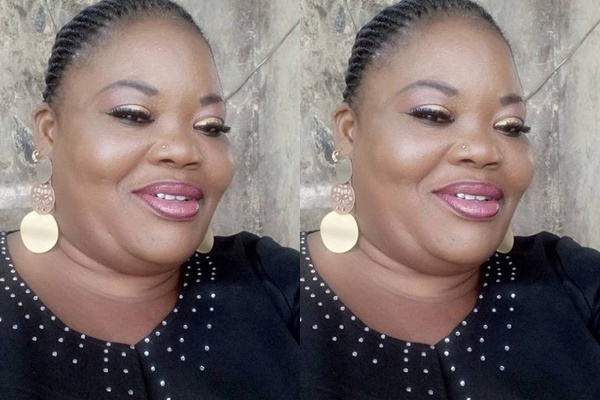 “Why Men Are Afraid To Marry Nollywood Actresses”-Popular Actress Reveals

Adeyinka Adebanjo popularly known as Say Mama is a well-known Yoruba actress who based in Abeokuta Ogun State. She joined acting in 1982 through Ebun Oloyede otherwise known as Olaiya Igwe. Yinka studied Mass Communication at the Moshood Abiola Polytechnic, Abeokuta and immediately after she finished, she travelled to Saudi Arabia where she was doing a lot of businesses including selling of pants and bras.

Recently, she revealed why many men chose to marry unknown ladies than Nollywood actresses especially those in the Yoruba movie industry, among other interesting issues about her.

I had a 26 years old son who breathe his last recently. After I finished from secondary school, I got impregnated and I had the baby. The only problem we have as an actress is that people don’t take us serious; they believe that we don’t have time for our husbands or the entire family and that is why they don’t marry us. Even the ones who have been married sometimes don’t enjoy the marriage because many men can’t endure it. Leaving your home to spend a week at a movie location is like something else to some men, if the man endures, his family will never be quiet about it. it is a few of us that their husband’s family understands the nature of our job and that is why I always prove some people wrong, erase the mindset that if we go to location, we go there to fornicate. We all have what we are looking ahead us which are beyond acting. As I am now, some people will say my wear is not decent enough, see tattoo on her body and they will start arbitrating. For cry loud, I am a celebrity and I can place tattoo in any part of my body, but the man’s family will not understand.