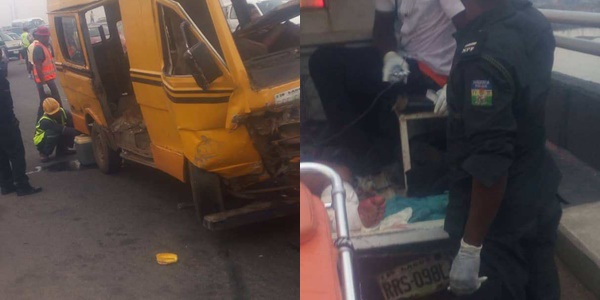 22 passengers are currently undergoing treatment after the Volkswagen commercial bus they boarded on their way to Lagos Island somersaulted and almost landed in the lagoon.

The bus was prevented from landing inside the lagoon by the crash barriers on third mainland bridge.
Rapid Response Squad tweeted:

”Crash Barrier Saves 22 Passengers from Plunging into Lagos Lagoon The crash barrier on the 3rd Mainland Bridge around 6:30 a.m today prevented a loaded Volkswagen LT bus from landing in the Lagoon when it somersaulted on its way to the Island.”

”@rrslagos767 and @lasemasocial who responded swiftly had hectic time attending to the 22 passengers of the bus who sustained varied degrees of injuries. The First Aid knowledge of @rrslagos767 officers was helpful as they joined medical workers in administering aid on victims.” 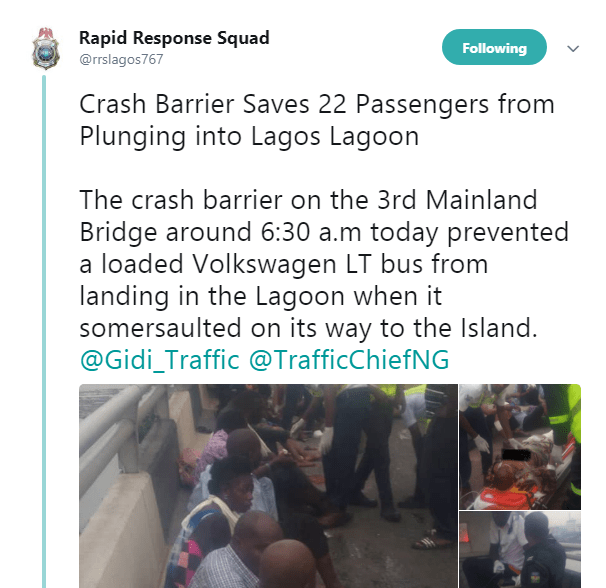 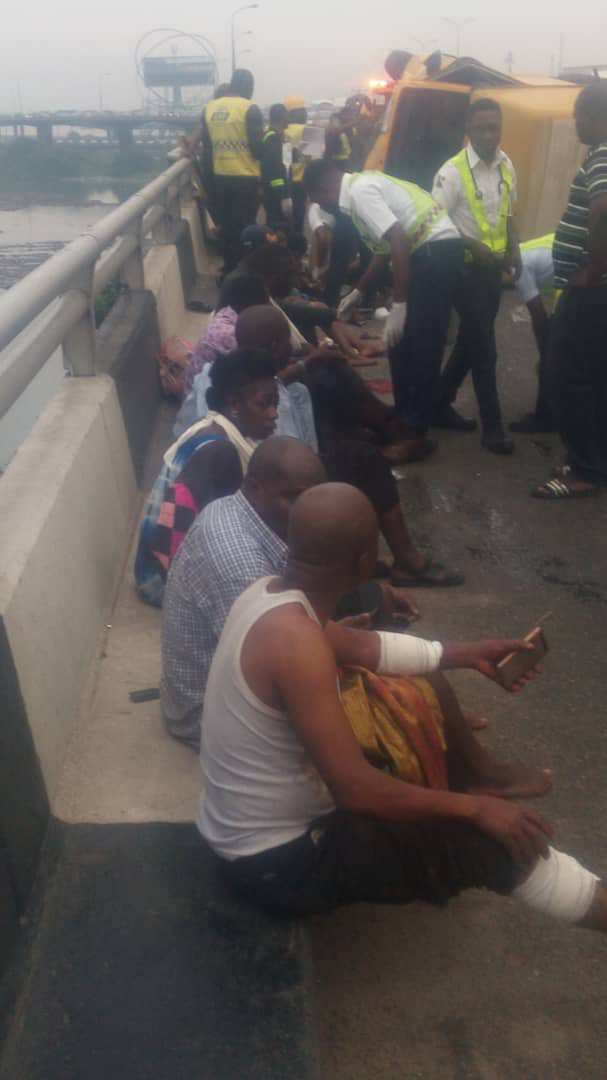 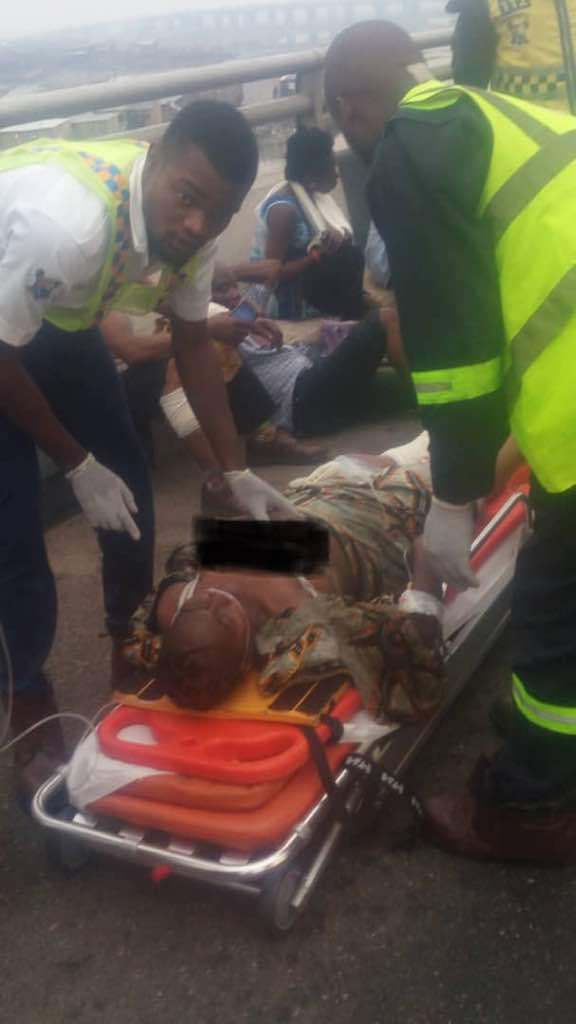 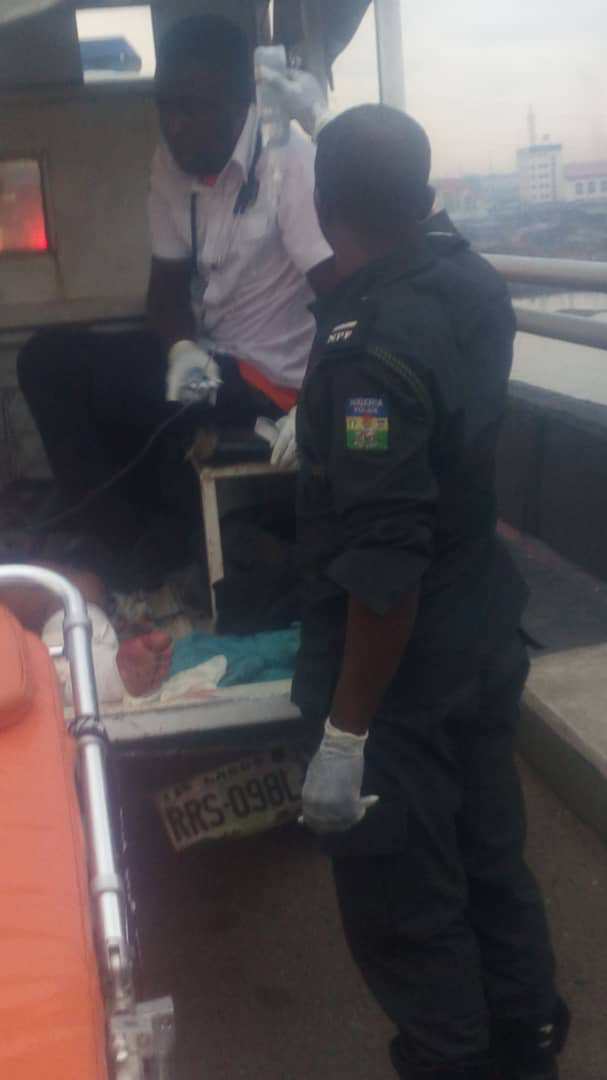 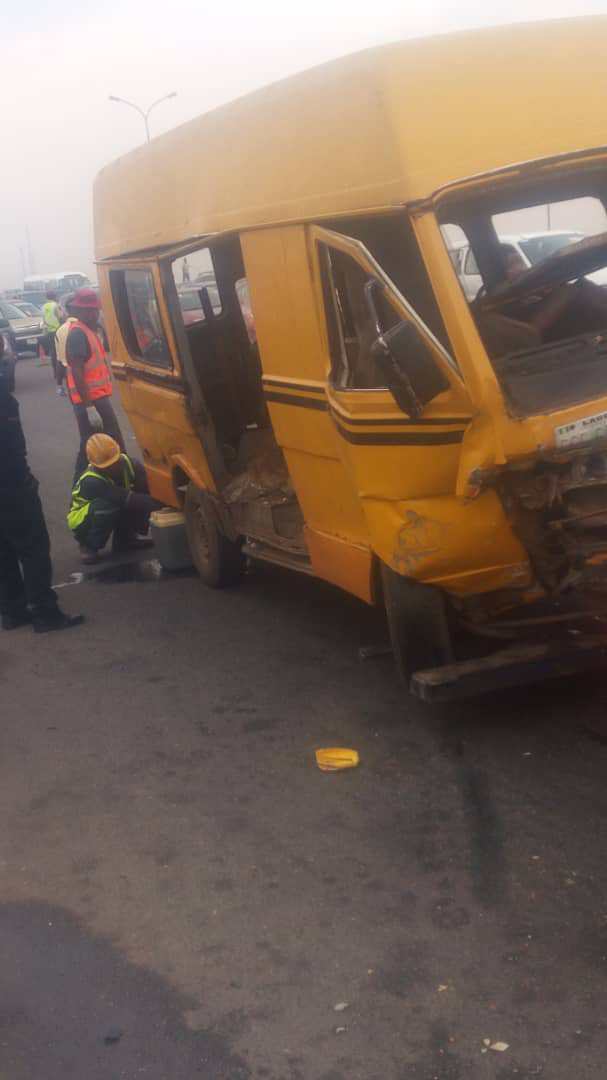