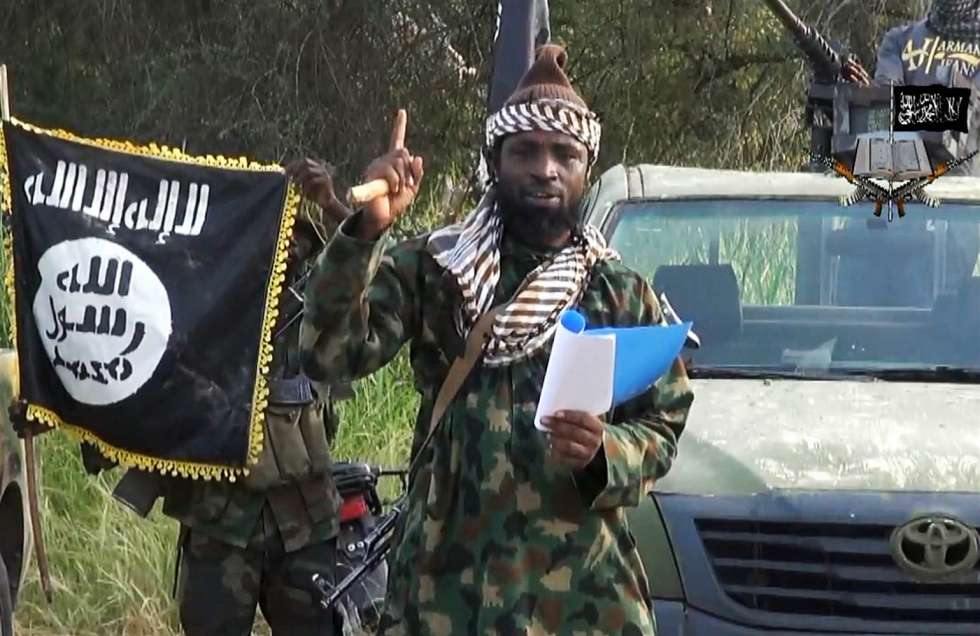 Abu Shekau, So Gone Are Your Days of Agonies?

By Okanga Agila: Terrorism is the world’s most lethal scourge. From 2009 till early 2015, when Nigerians tested its bitter pills, darkness hovered on the land. Gloom, agonies, pains, sorrows and grief watered the face of the nation.

Each passing day was full of uncertainties and phobia about insecurity. In cities, villages and communities, there was no respite. In 2009 , when the spiritual founder of Boko Haram terrorists, Muhammed Yusuf unleashed the satanic Islamic extremists sect on Nigeria, no one predicted its strength and the extent of its tentacles in imposing atrocities on Nigerians.

Many rejoiced at the death of Muhammed Yusuf and erroneously believed a fatal blow has finally descended on the sect. But later events proved such presumptions were naive. His erstwhile deputy, Abubakar Shekau grabbed the sect’s leadership and took the campaigns of bloodletting to new levels. And with a complacent government in Nigeria, Boko Haram terrorists transmogrified into a deadly, vicious and ferocious sect.

Its bolstered status was ennobled by the link and sponsorship by ISIS in the Republic of Iran, the world’s famed terrorism hub. From confining itself to a few states in the Northeast, insurgents became a malignant turmoil, who freely visited Nigerians with atrocities in deaths and other facets of heinous crimes.

Insurgents captured swathes of territories in the Northeast, deposed Emirs and killed recalcitrant ones, while appointing their agents as replacements. Terrorists’ flag or insignia was hosted in all the 24 local government areas they violently seized and occupied in the Northeast.

They abducted women, children, schoolgirls and the elderly, who were whisked into secret camps in far flung locations including the Sambisa forest. Many met their untimely deaths in the process. Insurgents’ bombs destroyed both public and private properties in shocking magnitude. Millions of Nigerians were displaced and housed in different camps in the country and the number kept swelling.

By 2015, over 25, 000 Nigerians were held hostage and languished in Boko Haram cells. Women, including premature girls were exposed to sexual violence or abuse; while others were traded off into forced marriage.

Boko Haram terrorists constantly threatened leaders or particular cities in Nigeria to visit them with atrocities and effectively executed the threats, without hindrance. They freely recruited youths and teenage girls into the sect; consecrated and fortified them with charms. They became active agents and bomb carriers of the sect, who freely detonated these explosives at targeted locations.

That was the fate of Nigerians; it was the agony of Nigerians. Pains and sorrows defined national life. Even Abuja, Nigeria’s Federal capital Territory (FCT) came on the bloody swords of terrorists. They mercilessly attacked shopping malls, motor parks, security formations, government offices, killing and maiming innocent Nigerians and foreigners alike. Most villages in the Northeast were completely overran by insurgents, who extended attacks to marketplaces and banks for cash and foodstuff.

In spite of the severity of the operations of Boko Haram at that time, Abubakar Shekau was the sole leader of the sect. So, heartlessly, Shekau consistently released videos’ of their atrocities and heinous crimes against humanity, each time insurgents executed successful operations and retreated into their safe havens.

Shekau was characteristically raw in outbursts’, and mocked grieving Nigerians, with fresh attacks. He audaciously disgorged outright arrogance in such videos’, daring security agents to cross his path and be brutally smashed to hell.

But sooner, factions emerged. Abu Musab Al Barnewi, the sect’s publicity scribe disagreed on ideology or principles with Shekau and pulled out his camp to form his army of insurgency fighters.

Within a short while, the lucrative nature of terrorism also appealed to Mamman Nur, son of Boko Haram’s spiritual founder, Muhammed Yusuf. He also pulled out Shekau’s camp and formed his own separate terrorists sect. The trio sects converged on Nigeria and the feast was an endless harvest of bloodbath, destructions, and abductions of Nigerians. The fierceness of the factional camps competing for territories overwhelmed the then national political and military leadership of Nigeria.

Country men and women lost confidence in the ability of the Nigerian Military to secure their lives and properties from terrorists. The grief on the land was widespread and trenchantly penetrative.

But President Muhammadu Buhari promised respite and in the last three years, counter-insurgency operations in Nigeria have reduced Boko Haram terrorists to weeping children of their agents and foreign sponsors.

The President re-organized the Nigerian Military and appointed an experienced soldier and fighter, Lt. Gen. Tukur Yusufu Buratai, as the Chief of Army Staff (COAS) and leader of the counter-insurgency operations in Nigeria. Gen. Buratai is unassuming, but his wisdom and experiences on terrorism warfare only approximates the his older counterparts and revered veterans, like the Chinese Gen. Sun Tzu and the American Gen. Collin Powell.

The Army Chief marshaled his troops to the battlefield. He took the counter-insurgency battles to the insurgents in the occupied territories, camps and other hideouts. In no time, the Nigerian Army in perfect working synergy with sister security agencies visited Boko Haram terrorists’ with the pestilence of ceaseless gunfire on the battlefield.

The reverberating victory songs of Nigerian troops over terrorists came in trickles, but steadily. First, it was the weakening or decimation of terrorists, which reduced their capacity to recklessly strike targets; the reclamations of all captured territories in the Northeast, rescue of thousands of terrorists hostages, including abducted schoolgirls, the demystification of the terrifying Sambisa forest, terrorists most secured haven, which symbolized the final defeat of Boko Haram terrorists.

Soldiers’ invasion of the Sambisa forest was an irrecoverable blow on terrorists. Many of them who escaped have either become wanderers or have surrendered to the Nigerian Army. Thus now, terrorists have been caged and confined to some remote locations in the Northeast.

But Nigerian Army’s troops from the “Operation Lafiya Dole”, based in Maiduguri have assailed remnants of terrorists in clearance operations and they are gradually smoking them out of their hideouts.

It was therefore not a blockbuster movie, when Boko Haram factional leader Shekau, a few months back, publicly lamented his frustrations’ about the inevitable possibility of losing the war. He has been deserted by scores of his top commanders and foot soldiers.

He now appears to be operating from his base with a very insignificant and weak fighters. Signs of the tough times for Shekau, who has turned a fugitive, came when he had to disguise as a woman, dressed in black or blue hijab, when troops launched major operations in the villages of Borno recently.

In a February 2018 video purportedly released by Abubakar Shekau, who has been in the cooler for nearly a year, feebly threatened Nigeria. He pleaded with his foot soldiers to descend on those he christened infidels in major cities like Abuja and Lagos among others.

But security experts’ critical analysis of the video proved that Shekau issued a fluid directive, not directed to any existing cells of Boko Haram as it was the tradition in the past. But he sent a message to ambiguous volunteers and agents still sympathetic to the Boko Haram sect, signifying how the Nigerian military has weakened him and the sect.

Its so exhilarating to know Shekau’s days of terror and plunging of Nigerians into agonies and sorrows are over. The terrorists warlord’s mere voice is no longer audible and he pleads for assistance from imprecise audience. In 2014, no Nigerian would have believed Shekau, the bloodthirsty and fierce terrorists leader and his sect will be humbled in no distant time.

But the Nigerian Army and its sister security agencies have proven that with courage, determination and patriotism, no ideology or conspiracy against the Nigerian state and its people can survive forever. Gen. Buratai appropriately decoded the Commander- in- Chief’s message to put a final end to Boko Haram terrorism within the shortest possible time.

But Nigerians didn’t know it would come this soon, but it is almost day break for insurgents. It’s surprising that Shekau assumed the position of a king of terrorism, and was mistakenly assumed a brave man, whereas, he is a mere woman garbed in manly clothes.

Fulani-Farmers Crisis And The End Of Hypocrisy

Has General Buratai kept the promise?

TY Danjuma, Innocent Blood And The Wrath Of The Gods