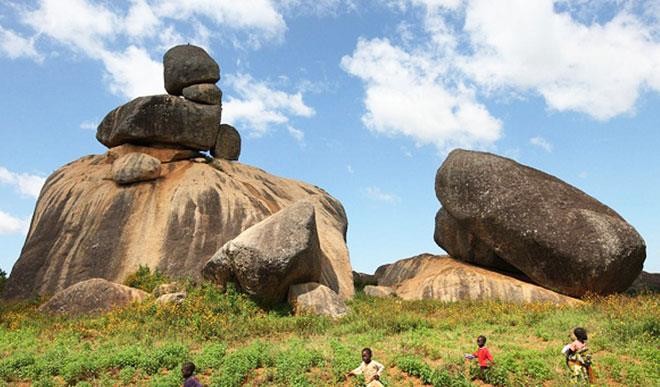 That Plateau Pond of Death

When news filtered on the recovery of cars of victims from a mining pond in Dura Du, Jos, Plateau State, I was not surprised. I say this for two reasons. One is the fact that Du is an area made famous by the former governor of Plateau State, Da Jonah David Jang, who was an ethnic champion the eight years he held sway as governor of the state. Du is also a settlement occupied by the Berom ethnic stock in Jos South Local Government Area. As a fact, Da Jonah Jang is from Du community.

Let me give a background. While Da Jonah Jang held sway as governor for eight years, at some point, he administered the state from one of his personal properties that he converted to Government House. And in the process, he ensured that whatever it was that was befitting for a government house location was brought to Du. And some of them includes the provision of social and physical amenities, as well as “empowering” the youths. The “empowering” of the youths is the monster that has turned Du into what it is today.

I stand to be corrected. Plateau state never had it worse than the periods of 2007 to 2015. This was a period where ethnicity was the order of the day. The then governor Jonah David Jang promoted ethnic hatred amongst the various ethnic groups in the state. He placed his ethnic stock, the Berom well above other groupings and this singular act made the youths go haywire, thinking the world belongs to them. And consequently, they took laws into their hands, in active connivance with Berom elites who were supposed to serve as worthy role models.

In a 2012 report by the think-tank, International Crisis Group, titled “Curbing Violence in Nigeria: The Jos Crises”, the report was particularly critical of the then incumbent governor of the state, Jonah Jang who it says by his action creates an impression that he is on a “personal and communal mission.”

The report further highlighted the fact that Jonah Jang “told the indigenes to stop selling land to settlers and relocated the Gbong Gwom’s palace from Jos North to Jos South, where the former have numerical superiority. Major political appointments and the location of physical infrastructures tend to obey this communal logic. Because of this, many who do not belong to his Berom ethnic and Du sub-ethnic groups see him as an obstacle to lasting peace and stability,”

It was also speculated in some quarters that Jonah Jang used his position as governor to train and equip ethnic and religious militias in the state; they were always ready to do his bidding. And they were well rewarded. Now the question is since he has left power and his anointed candidate lost the governorship elections, the political “empowerment” has stopped, could this be a factor for the heinous crimes going on in the area, especially with the spate of killings and dumping of mutilated bodies of victims and their cars in a mining pond in Du his hometown?

This is even worrisome especially with the religious posture Jonah Jang took when he assumed leadership of the state. At some point, he likened himself to the “saviour,” and the pond was meant to serve as the pool of Bethesda where Jesus healed the paralytic man in the Gospel of John. But the one in Du is different. It has continually consumed human lives for God knows how long. But for the discovery of the car of late Major General Idris Alkali who was on his way to his farm in Bauchi state before he was killed and his remains and car dumped in the pond. The shocking part that elicits more questions is the consequent discovery of four additional vehicles from the same pond.
It can, therefore, be a reasonable assumption that the pond has inside of its bowel fractured and mangled bones of innocent people, even though some school of thoughts would put forward an argument that the vehicles found in the pond might be as a result of accidents or something. But I beg to differ on that front. For one, Du is not a significant route for people commuting from Jos South to Jos North local government areas in the state because of its location. And also, the location of the pond is not in the major road in the community because it won’t make any form of economic or development sense to site a pond in close to a major highway or where humans reside. And this is aside the presence of well-oiled killing machine called The Jungle Boys that have their base is Du.

There is also the story of one “Mr. Submit” an alleged commercial taxi driver that brings unsuspecting victims to the killing zone. So the rational thought or assumption is that these vehicles and victims were led to their death. Also, the location of the pond is one that can be easily maneuvered only by an indigene of the area. I am even tempted to add that maybe there is a shrine around the pond that must be continuously fed with human blood. I stand to be corrected.

I would without hesitation heaped the blame on the Berom elites who have continued to ignore their duty as role models to the youths. They have also refused to humane and insensitive to the sanctity of human lives by turning a blind eye and a deaf ear when their wards and subjects are engaged in criminality. But they would cry to high heavens when the case is the other way round. This is a statement of fact. One might want to ask why all of these are encouraged. The answer is simple. The sanctity of human lives has been sacrificed at the altar of politics and ethnoreligious considerations. But for how long this would continue? The answers can only be provided by Jonah Jang, the Gwong Gbong Jos, and other Berom elites.

In conclusion, it is expedient for those responsible for these heinous acts be brought to book, as well as their sponsors and collaborators in high and mighty places. And for those that are in high and mighty places that seem secured from their lofty positions, its either the right thing is done, or just maybe the chicken might come home to roast one day. The sanctity of life must be respected in Plateau state. This much the Gwong Gbong Jos, and his ally, Jonah Jang ought to know.

Agbese wrote from the United Kingdom