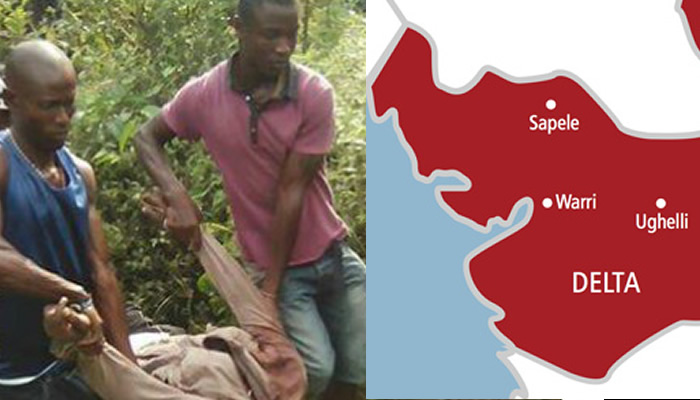 The Coalition of Human Rights and Good Governance (CHRGG), a coalition of several Civil Society Group on Human Rights defenders and good governance has called on the Delta State Government to expedite the process of the trial of all those indicted in the killing of innocent Nigerians in Ibusa Delta State in 2013.

The National leader of the group, Richard Iyalla while speaking with newsmen in Abuja said it is high time Nigerians hear the feelings, frustrations and pains about how the killings of innocent Nigerians is being handled by the Delta state judiciary.

The group also wants Senator Nwaoboshi invited for questioning on the matter.

It could be recalled that on the 20th of June, 2013, a group of cult boys allegedly being sponsored by Senator Peter Nwaoboshi representing Delta North Senatorial District of Delta State at a time when he was the Delta State Peoples Democratic party Chairman, rounded up and killed an unsuspecting innocent young okada rider (Zikara Saswad) and took away his motorcycle. One of these cult boys (Uba Nonso) is still in detention in Ogwashi-Uku medium prison in Delta state awaiting trial.

The group said the boys being armed and sponsored by Senator Peter Nwaoboshi have committed several atrocities in the area.

Iyalla said what is more worrisome in this matter is the fact that we are not hearing anything about this and the sponsor of this heinous crime isn’t paraded to answer for his crime instead, he was promoted to the National Assembly and lots of efforts are being made to sweep this under the carpet.

” If the 3rd citizen of the Federal Republic of Nigeria, Senator Bukola Saraki can be called upon and given 48 hours to answer on the Offa robbery, why can’t another that has more weighty allegations be invited or probably some persons are above the law in this country or is there anything we need to know, even though this crime was committed about 5 years ago

” It will also interest the public to know that all criminal cases have been transferred from the State High Court of Akwukwu-Igbo to Asaba in Delta state apart from this case alone with  case file No: AKU/13C/13 and charge number 0/21c/13.

“To this end, we are hereby calling on the judiciary to do the needful as justice delayed is justice denied and interrogate Senator Peter Nwaoboshi to immediately answer for this innocent lives and relinquish his position in the red chambers until he is exonerated as we cannot continue to have such elements as our legislators while the lives of youths are lost daily”he said. 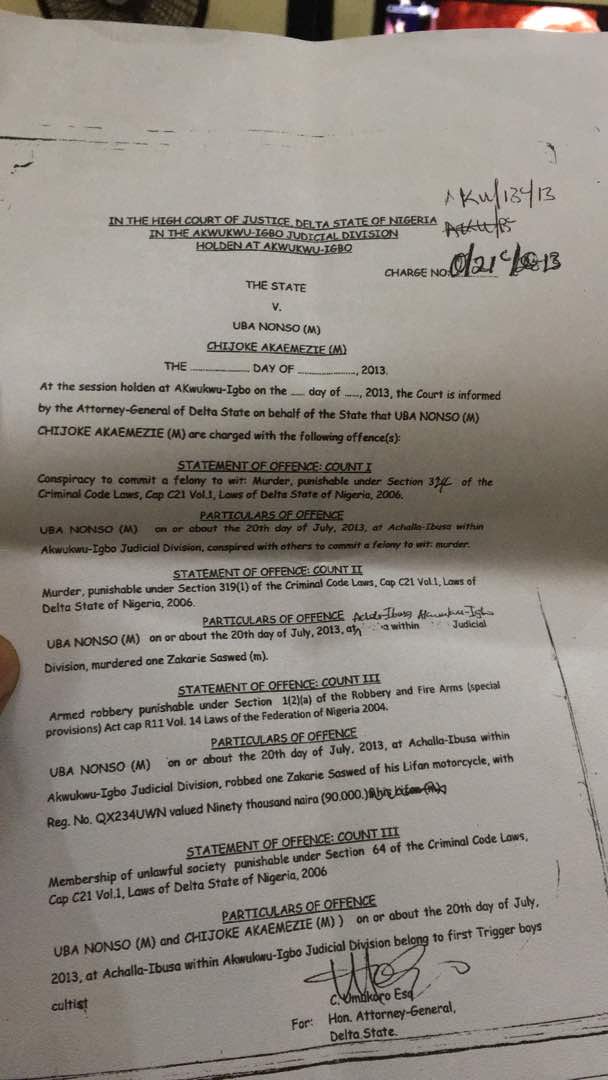