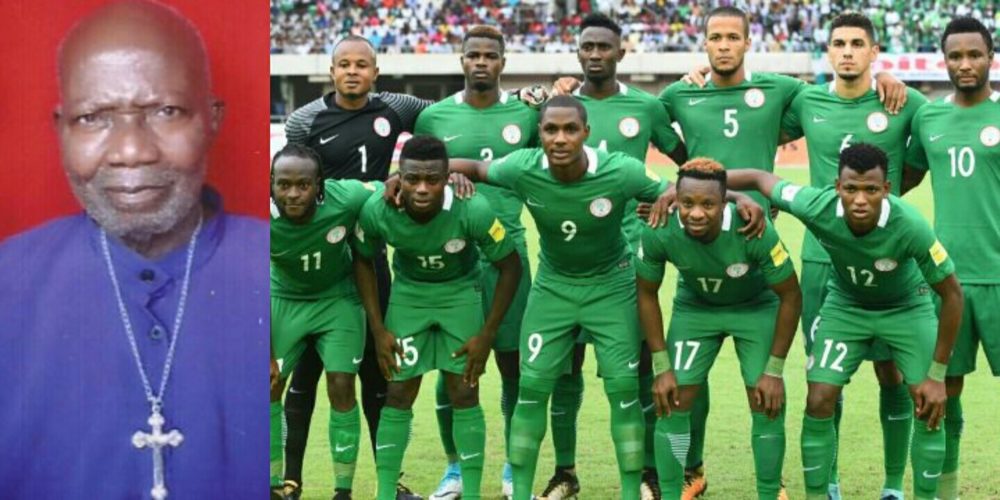 A Benin based prophet is demanding N750,000 to pray for the Super Eagles so that they will win the World Cup currently going on in Russia.

Prophet Tommy Yisa Aika has predicted that Nigeria will be the first in Africa to lift the mundial, especially in the era of President Muhammadu Buhari.

He said that God is interested in Nigeria’s Super Eagles conquering the world at the Russia 2018 World Cup but because we have disobeyed God as a result of our nonchalance towards His directive that we should not engage a Whiteman to lead our team we may lose this golden opportunity which may not come to us again for another sixty years.

To appease God, Prophet Aika volunteered to intervene with his over 60 prayer warriors, who are already on standby, to undertake ceaseless prayer sessions so that what has been destroyed can be readjusted to grant the Super Eagles divine favour all through the tournament.

He is asking for the sum of N750,000 for the prayers which will bring the Super Eagles victory.

What I need is a token N750,000(seven hundred and fifty thousand naira) to get some spiritual materials and also to give my prayer warriors as honourarium.

He added during a TV interview, watch interview below.

This (none inclusion of a Whiteman in the Super Eagles team) has been the message that I have been passing to our Football authorities in the last couple of years but which has always been disregarded.
Those who know me can attest to this.