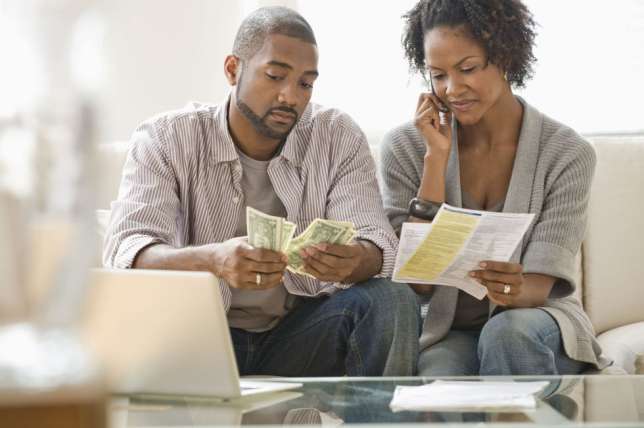 Money puts the most stress on relationships – Survey

The survey’s result says the longer you’ve been together with a partner, the more likely you are to argue about money. Hence, the stress

One established fact is that partners, especially the ones that have been together for a while, usually have their moments of differences.

Sometimes, these issues are quickly sorted, and sometimes not.
Sometimes these issues are little, inconsequential and infrequent, at other times, they are a lot frequent and a lot more problematic than normal.
One of such really problematic issues is money. Or, in better terms, the lack of money.
According to a survey of  5,000 people in UK by Relate, Relationships Scotland, and Marriage Care, the negative effect of lack of money in a relationship cannot be downplayed in relationships/marriages.

Money, a real problem which puts pressure on relationships.

26% of the people report money worries as their biggest relationship problem, followed by  lack of understanding,  differences in sex drive, and a lack of work-life balance.
The survey also finds that the longer you’ve been together, the more likely you are to argue about money.
“Usually, when couples argue over money, it is because both individuals have very different spending habits,” explains Marriage Care counselor, Jenny Porter.

Couples sometimes have differing ideas on how money should be spent

“For example, one person may be more risk-averse and want to put more money away for retirement, while the other person may be more focused on spending for today.
Although many couples find it awkward to talk about finances, it is essential to talk things through together to ensure both partners are on the same wavelength and to prevent problems from escalating.”

The survey’s result says the longer you’ve been together with a partner, the more likely you are to argue about money.