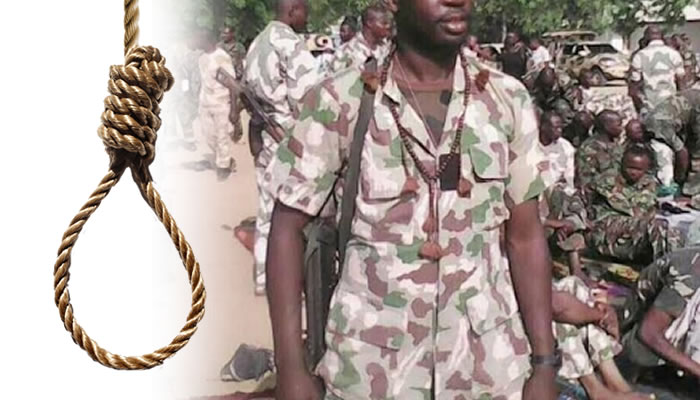 A Nigerian Soldier who collected his armory on June 18th, claiming he was returning to Mafa to join his team the next day has used arms to commit suicide instead.

A Nigerian Army Captain on duty in the North-East has committed suicide by turning his rifle on his own stomach and opening fire at the 7 Division Medical Centre in Maiduguri on June 18.

According to Vanguard, the unnamed military officer was drafted from the Nigerian Army 22 Armoured Brigade in Ilorin to the North-East as part of the war against Boko Haram terrorists and was attached to troops operating in Mafa Local Government Area, Borno State, the heart of Boko Haram onslaught.

He collected his gun from the armoury on June 18th saying he was returning to Mafa to join his team the next day. The nature of his ailments prior to the suicide, if any, could not be ascertained as at press time.

The incident occurred seven months after a soldier opened fire on a Captain, killing him before killing himself.

The Nigerian Army is yet to react to this new report and incident.