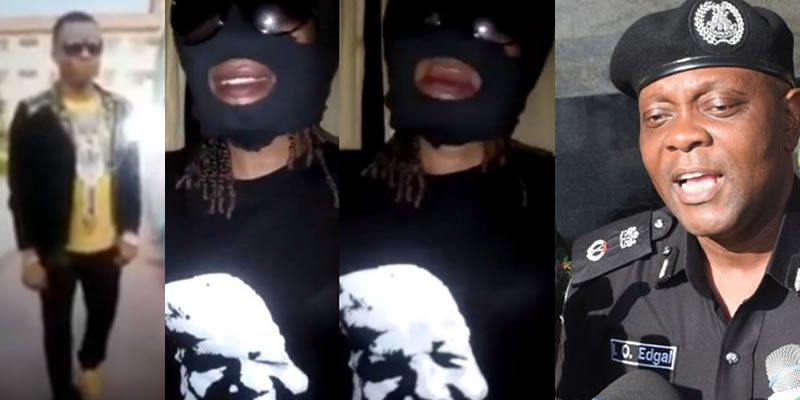 The Lagos State Police Command has offered a N1m reward to anybody with useful information that will lead to the arrest of a masked lady who alleged that a policeman, Inspector Christopher Nabugwu, was living in opulence.

A lady wearing a mask shared a video online last week in which she accused a police officer, Inspector Christopher Marcel Nabugwu, of living above his means.

She alleged that the officer who a music enthusiast, owns a property worth over two hundred and fifty million  (N250million) at No. 27  Remi Fani-Kayode Street GRA, Ikeja, uses exotic cars with customised vehicle  licence plate titled  “MCON” and worth over N2billion in cash and assets. Watch video below.

The masked woman had, in a video that went viral on social media, alleged that Nabugwu was worth over N2bn in cash and assets, adding that he owned a building on 27 Remi Fani-Kayode Street, GRA, Ikeja, worth N250m, and used exotic cars.

According to a statement on Sunday by the Lagos State Police Public Relations Officer, CSP Chike Oti, the allegations caught the attention of the Inspector-General of Police, who ordered an investigation into the allegation.

Oti said, “Investigation into the matter was painstakingly carried out. At the end of the probe, it was clear that the allegations were not only false and misleading, but a calculated attempt to malign the name of a hard-working police officer and embarrass the police authorities.”

Oti said the Commissioner of Police, Edgal Imohimi, would count on the goodwill of Lagosians and Nigerians to get information that would lead to the arrest of the masked woman.