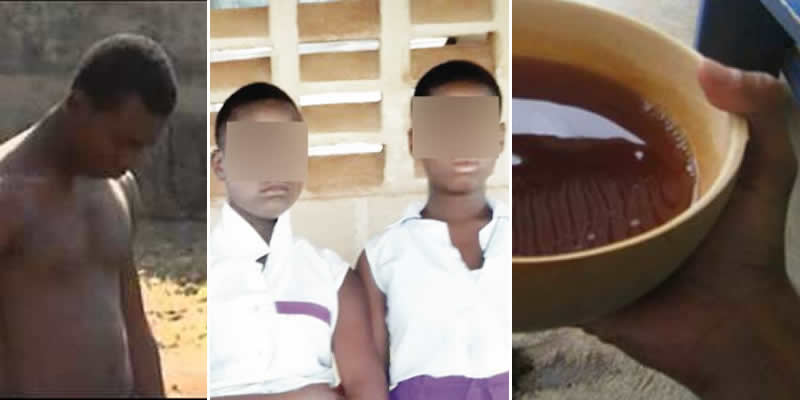 Enugu state Police Command has made a startling revelation of how female students in Junior Secondary Schools in the state, are getting gang raped as part of requirements before joining different female cult groups in the state.

Mr. Mohammed Danmallam, the state Commissioner of Police, disclosed this when he spoke with The Sun.

The police chief said the command got a tipoff that 30 female Junior Secondary School students were to be intiated into different cult groups, Viron Queens or White Angels confraternities.

The command swung into action, visited the schools and arrested some of the girls who were identified as Naomi Peace,15, Ruth Nwoke, 14, Chibuogu Adaeze, 15 and Ujunwa Ede, 14. Others were Chiemerie Olisakure, 15, Akalisi Chisom, 14 and Ogbu Ebere, 14.

Narrating the process of their initiation, the trio of Edeh, Peace and Nwoke saidthey were introduced to the cult by a friend and at their initiation in 2017, they were raped each by five different boys.

“Our Parents didn’t know we are in the Viron Queen Confraternity,” they said.

Another victim, Adaeze, claimed “We didn’t know they put drugs in the drinks they gave us. From there, we were initiated and raped by six boys.”

“We were threatened not to tell anybody or our parents. The irony is that at the closing hour of the school, three of the same boys who initiated us would come with bike and take us away to have sex with us. After that, they give us N1,500, as transport fare.”

Chisom, said some of their teachers knew they were part of the cult group and also had sex with them so they would not inform their parents.

“Some of our teachers know that we are members of Viron Queen Confraternity. We don’t respect our male and female teachers. Some of them used the advantage to sleep with us because we don’t want them to tell our parents. We can identify some of the boys who initiated and raped us and threatened us not to tell our parents. We have informed police officers and we hope they will be arrested” she said

Some of the girls confessed to indulging in cigarette smoking and drinking beer at parties or clubs. However, they claimed their parents were not aware they had become cultists. While they heed words of advices from their parents, some of them claimed it was difficult to leave the Viron Queens or White Angels.

“We didn’t know that we are in bondage until the anti-cultism policemen arrested us in the school premises,” said Edeh.

The Commissioner of Police said the police are still investigating the case and that the next phase of action, is for the detectives to go after those who raped and initiated the girls.