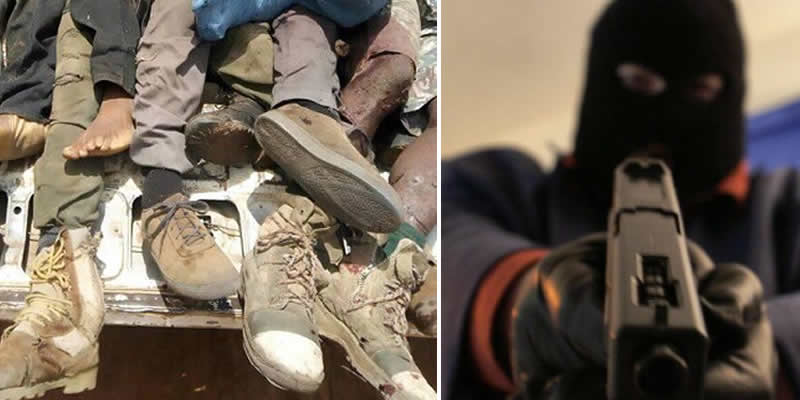 Unidentified gunmen have shot dead seven policemen who were on patrol along the Nnamdi Azikiwe Road, Federal Capital Territory, Abuja

It was learnt that the assailants, who were in a vehicle, shot the men in a surprise attack and zoomed off after the dastardly act earlier on Tuesday. Our correspondent gathered that the incident caused panic as motorists and residents ran away in fright as gunshots went on incessantly.

But it could not be immediately ascertained if the attackers went away with the firearms of the slain policemen.

The bodies of the slain cops were later evacuated from the scene in a police van. The pictures of the men later surfaced online.

The Commissioner of Police, Sadiq Bello, who confirmed the incident, said he was in a briefing and could not provide details of the attack.

He stated that the Command would soon issue a statement on the incident.