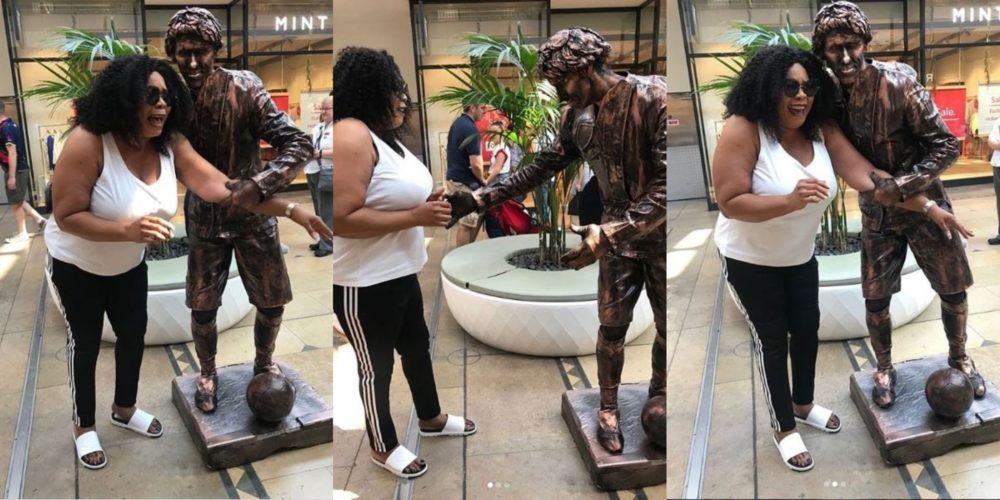 VIDEO: Actress Chinyere Wilfred Looking Quite Scared By Live ‘Human Statue’ That Acts Like A Robot

Chinyere Wilfred has stunned her many followers with a new video she posted on Instagram.

The award-winning actress who is currently enjoying a vacation outside Nigeria, shared a video which shows her with a live human statue that acts like a robot.

Chinyere who is also a movie producer can be seen in the video looking quite scared of the statue as she tries to strike a pose with it.

At first she was too too scared to go near the statue but a voice behind the camera encouraged her to go closer and at last she hesitantly went near it.

The statue grabbed a hold of her hand and drew her closer to her utter shock. However, she ran away when the statue tried to kiss her.

Her followers have found the video quite amusing.

READ: I killed my friend & took his heart for money ritual – Man confesses

Apparently, the ‘statue’ is not really a statue or a robot at all, but a human being who is dressed up to look like a statue and perform stunts.