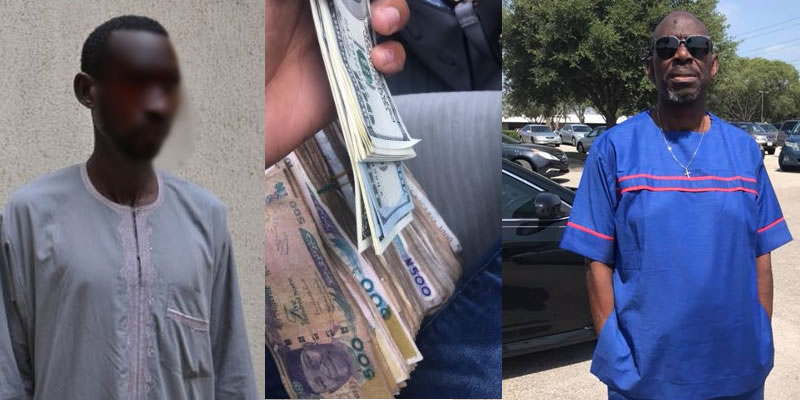 Veteran broadcaster, Tunde Alabi cries out after he changed some foreign currency in Ikeja but money disappeared when he got to his destination.

Veteran broadcaster, Tunde Alabi is the latest victim of foreign currency exchange scam that has been a regular occurrence in Lagos.

Read his ordeal and public warning below.

Public warning!!!!
Don’t change foreign currency in front of Airport Hotel, IKEJA. Don’t !Don’t. !
I changed an amount from dollars to naira yesterday. I then drove drove into Allen avenue a 5 minute drive into MTN office without getting down from the car. Behold almost 50% of the money had disappeared.

This morning a friend called me. And I narrated what happened. He laughed and told me this experience yesterday. He was staying at Airport hotel, changed money from inside his car by the petrol station just as I did, he got to computer village to buy phone. Behold 100k had disappeared.

He even went back to meet the guys but they said they never met him in their life.

Four ‘Aboki’ in trouble after beating policeman in Ibadan

READ: Davido donates N15m for surgery to save Airport Worker in Lagos

Incidentally both the people at the MTN office and the staff of Airport hotel told both of us separately that it’s a daily occurrence. That when people change money in front of the airport hotel certain amount must disappear in your pocket. Do you know anybody with the same experience ????

I joined APC because of Buhari’s integrity — Akpabio

Peace and Love, not Friendship is all I Preach – Alex Asogwa, Big Brother Housemate

Four ‘Aboki’ in trouble after beating policeman in Ibadan