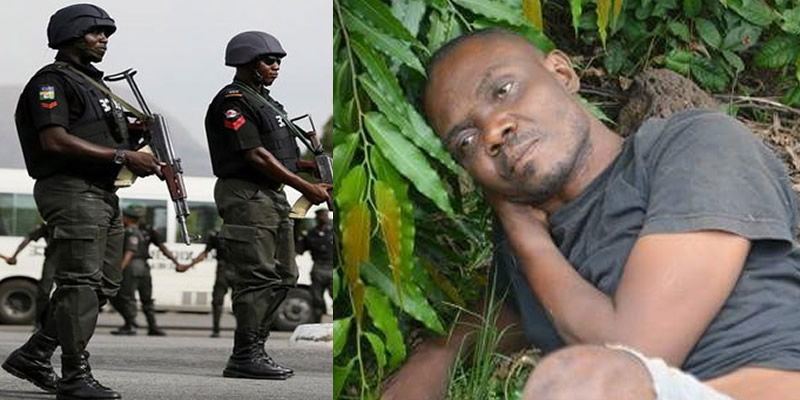 Police arrest unrepentant notorious criminal responsible for robbery, kidnapping and murder of many victims in Imo

The unrepentant suspect, Durunzenwata Emeka Reginald of Amaigbo, Nwangele Local Government Area of the state, was arrested by operatives of F-SARS Imo Command on August 8, at Akatta Market Square in Oru West L.G.A.

The suspect is responsible for the robbery, kidnapping and murder of so many victims among whom are Late Chidi Eburuaji, who was kidnapped at Owerri Nkworji on July 18 and subsequently murdered.

The suspect also specializes in waylaying, robbing and diverting petrol tankers and lorries. During the encounter that led to his arrest, suspect fled on sighting the operatives but was arrested after sustaining gunshot injuries on his legs. Investigation is in progress.

Some of his victims includes: