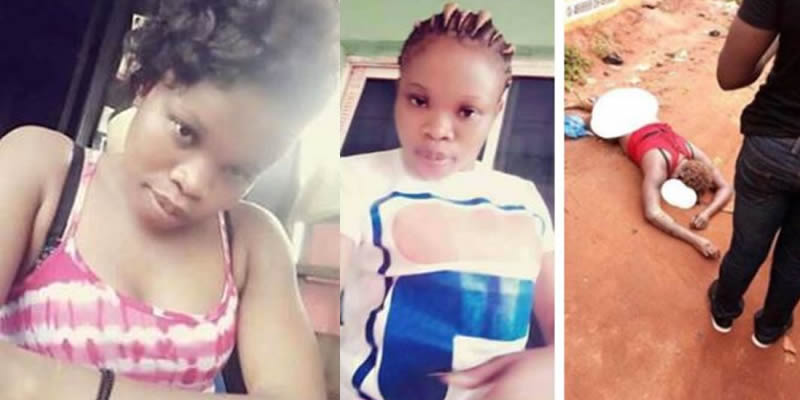 The lifeless body of a young woman identified as Peace Precious, said to be a commercial sex worker has been discovered by the roadside in Upper Mission Extension, around Imuetinyan Junction, Benin, Edo State.

According to reports, residents of the area claimed they heard a noise around 4a.m., around where the body was found and only heard “Please, please take the bag,” but that they could not come out because the area was dark.

There were bruises on her hand and blood was dripping out of her nostrils.

In a chat with vanguardngr, a staff of a hotel, which late Precious and other girls used as base, said: “the truth is that she was a hustler. I came to the office and I was told that she left on Monday and had not returned. When they called her phone, it would ring and then go off. I suggested that we go to the Police to incident the matter.

I called Aduwawa Police Station and officers asked for her picture. I was waiting for her picture, when we heard that a dead body was discovered along Upper Mission Extension. We ran down there and discovered that it was her. She used to hustle on Old Road in Aduwawa” her friend said.

The friend added that she she left home on Monday and could not be reached since. According to her, she does not know where Precious was from and how to contact her family. The friend lamented that the late Precious had an eight months old child.