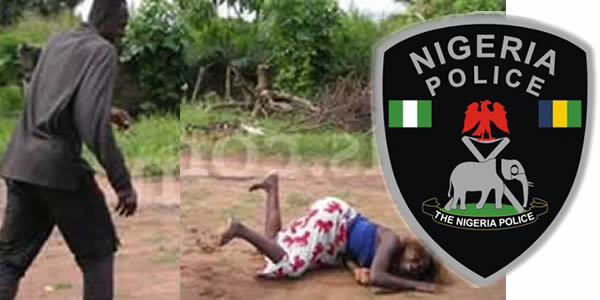 29-year-old farmer allegedly had a heated argument with the 42-year-old mother of his lover over the custody of his child, who was said to have been living with the deceased

A farmer, Segun Daniel, has allegedly killed his lover’s mother, Mrs Beatrice Lajuwomi, at a farm settlement in Igbotako, in the Okitipupa Local Government Area of Ondo State.

It was learnt that the 29-year-old farmer allegedly had a heated argument with the 42-year-old mother of his lover over the custody of his child, who was said to have been living with the deceased.

The argument was said to have later resulted into a fisticuff between them.

It was gathered that Daniel gave the woman some punches and she fell and died.

According to a source, Beatrice’s daughter, Olamiotan Lajuwomi had a child for the suspect but they were not living together as husband and wife.

Olamiotan and the child were said to be living with Beatrice in the farm settlement.

The source explained that there had always been disagreements between the suspect and the family over whose custody the child should be.

It was also gathered that the suspect was not pleased with the child living with the family of his lover.

He was said to have always insisted on the child being in his custody.

The source said, “ On Saturday, he went to the house of his lover’s mother, where his lover and his child were living, and wanted to take his child from the woman but they did not allow him.

“This lead to an argument between him and the woman and fisticuffs later ensued.

“Daniel gave the woman some punches and she collapsed and died shortly after.”

After Beatrice collapsed, the suspect was said to have fled the area and his whereabouts was still not known as of press time.

The Police Public Relations Officer in the state, Mr Femi Joseph, confirmed the incident and said the command had launched a manhunt for the suspect while investigation was ongoing.

“After committing the crime, the suspect ran away and we have been looking for him.

“I am sure he will be arrested and face the full wrath of the law,” the PPRO stated.