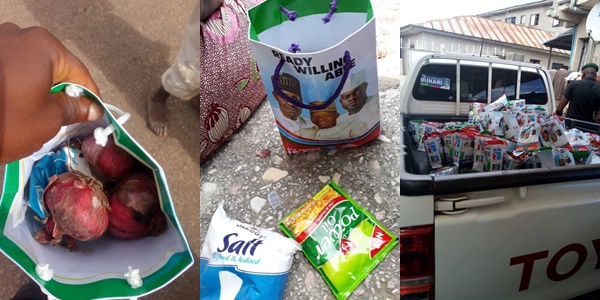 This is according to reporter Isimi Odeh who’s currently in the state to give live updates.

Daily Post also reported that the bye-election to fill the vacant seat for Kogi/Koto-Karfe Federal Constituency, was also characterized by buying of votes from the electorate. At some polling units visited in Lokoja, the Kogi State capital, some political parties were spotted inducing voters with money ranging from N3,000, N5000, N10,000, to win their votes.

Voters, who could not get physical cash, were given food items such as onions, tomato paste all packed inside a small bag crested with the insignia of the party they were expected to vote for during the exercise. There was however massive turnout of voters and huge deployment of security operatives for a hitch-free exercise.

At Inuwa Ndagaza polling unit, which happens to be the polling unit of the immediate former Speaker, who is contesting under the Social Democratic Party (SDP), Alfa Umar Ahmed, a senatorial aspirant for Kogi West under the ruling party was allegedly spotted at the polling unit alongside some security operatives in an hilux van wooing people to vote for the ruling All Progressives Congress, APC.

It was however said that the aspirant was chased out of the polling unit, when it was discovered that he was distributing money to some electorate to vote for the ruling party in the state.