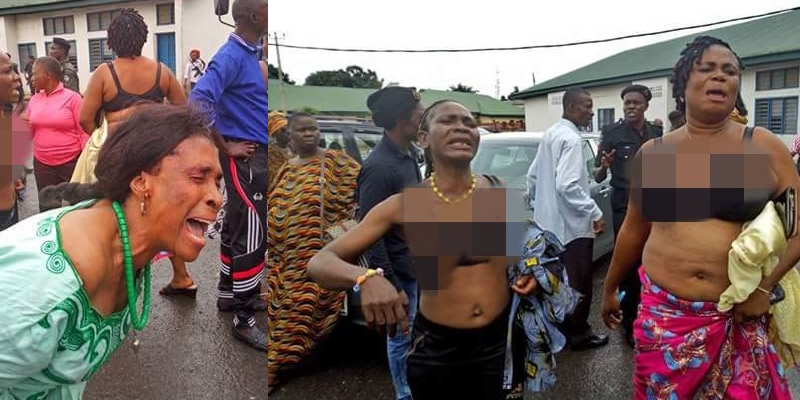 IPOB Women weep, Go Topless After They Were Denied Bail In Owerri .

A case of sweet-bitter experience was witnessed today in Owerri, Imo State as a group of IPOB Women were spotted crying today after court denied them bail.

The women hard earlier arrived at the court jubilating and singing ‘Holy Holy Holy, Nnamdi Kanu Is Another Saviour’ but that mood changed immediately they were denied bail. 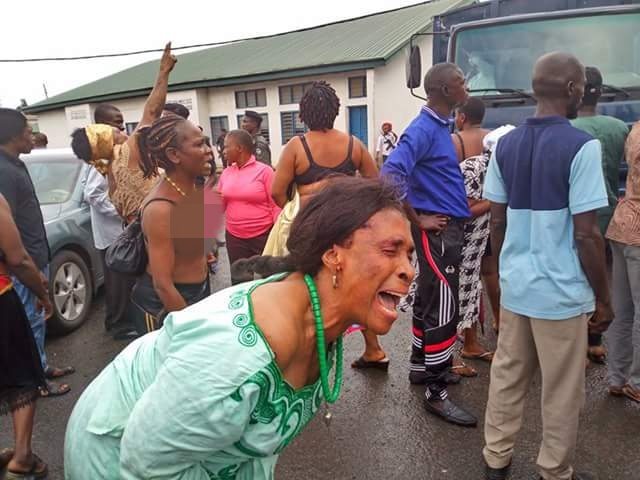 According to report, the Magistrate Court sitting in Owerri denied the jurisdiction to grant Bail to IPOB Women who were arrested by the Imo State Police Command on the 17th Of August 2018. 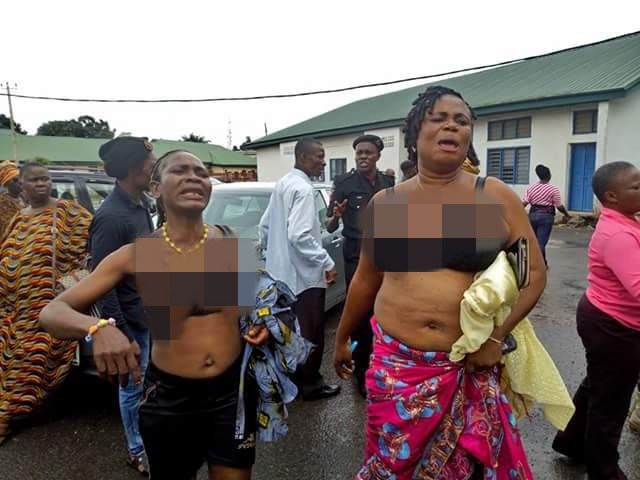 The activists are faced with Ten Count charges, which includes;
(i)Treason
(ii)Terrorism and other baseless charges.

It was reported that a massive number of unarmed IPOB Women, who exercised their human right to Freedom of assembly on the 17th Of August 2018 were molested, assaulted and arrested.