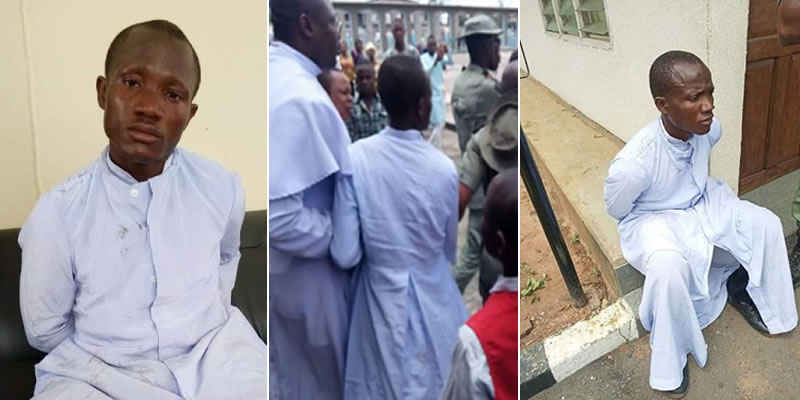 A suspected thief posing as a Seminarian was caught while attempting to steal a brand new Toyota Camry during a Priestly Ordination at Maria Assumpta Catholic Cathedral, in Owerri, Imo State on Saturday. 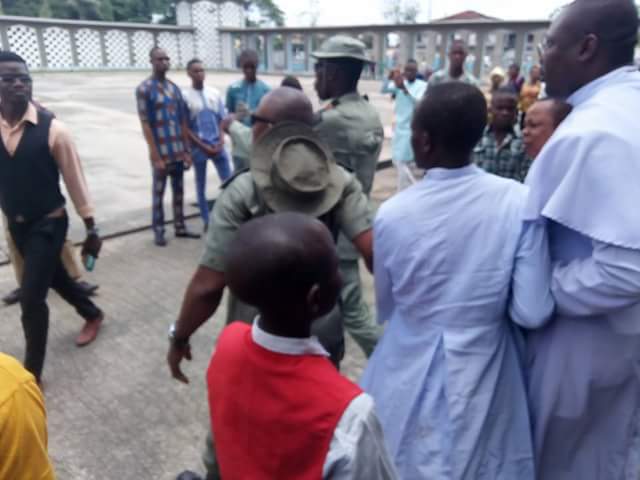 It was gathered that the suspect said to be 27-years-old was arrested by soldiers, who drilled him and later handed him over to the police for further interrogation. 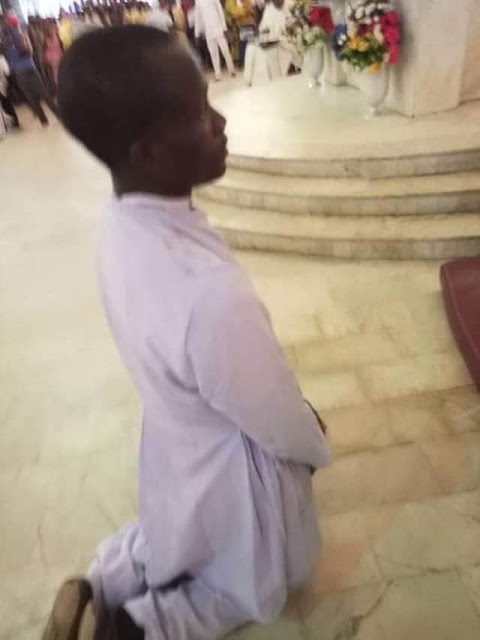 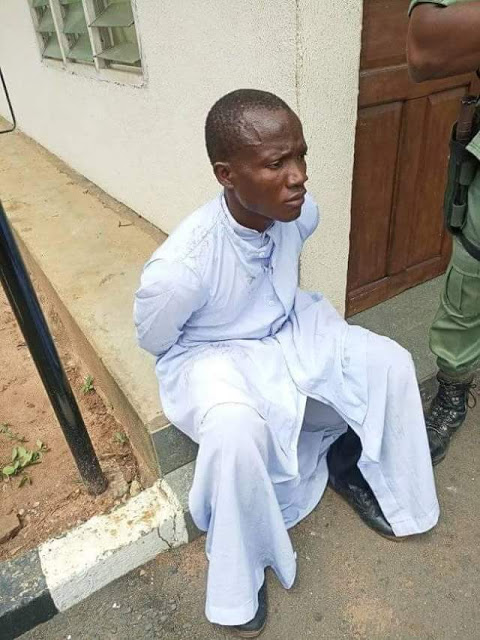 More photos on socials too

READ: Man disguise as a female to rob in female hostel