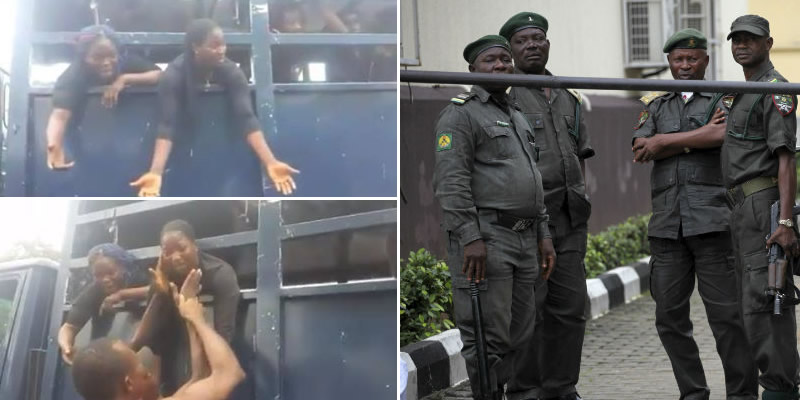 No fewer than 25 women suspected to be members of the proscribed Indigenous People of Biafra being detained in the Owerri federal prison facility have been moved out of the town.

A source in the prison confided in our correspondent on Thursday that the women were moved out to Okigwe prison on Wednesday and Thursday, respectively.

He said the development became necessary following the congestion of the female cells in the Owerri federal prison.

The source said the 548-capacity prison had 2,253 inmates because of the presence of the 127 IPOB women and 74 suspected cultists.

We are having space problem. The female cells are filled to capacity. There are no places they can stay. The authority has to move them to another nearby prison.”

The Public Relations Officer of the Owerri Federal Prison, James Madugba, who confirmed the development in a telephone conversation with our correspondent, said that only 10 IPOB women were transferred to Okigwe prison as of Wednesday.

The prison spokesperson said the reason for the transfer of the women was to guarantee their safety and welfare.

He acknowledged that the prison facility was congested and that the female cells were pressured because of the number of female inmates in custody.

Meanwhile, 15 more women suspected to be members of the proscribed Indigenous People of Biafra were on Thursday remanded in the Owerri federal prison by a magistrate’s court in Owerri presided over by S.K Kadurumba.

The development has increased the number of IPOB women remanded in custody by the court to 127 in the last four days.

Arraigning the fifteen women, the police prosecutor, Caleb Achi, told the court that the women committed the same crime the other 112 earlier remanded by the same court committed.

Achi explained that the accused were not arraigned the same day the others were arraigned because of exigencies.

He explained that while two women who slumped before their arraignment on Monday were rushed to the hospital for resuscitation and their names removed from the charge sheet, the other 13 were not brought to court earlier because the unit of the police handling their matter was not ready.

Some of the charges read, “That you conspired with others now at large to commit misdemeanor to wit; conduct likely to cause a breach of peace and thereby committed an offence punishable under Section 517 of the Criminal Code.

“That you and others now at large did in a public place , conduct yourselves in a manner likely to cause a breach of the peace by unlawfully obstructing the flow of traffic and other business and thereby committed an offence punishable under Section 249 (d) of the Criminal Code Act .

“That you did assemble yourselves together and publicly exhibited banners, emblems, flags or symbols of Indigenous people of Biafra and thereby committed an offence punishable under Section 88 (b) of the Criminal Code.”