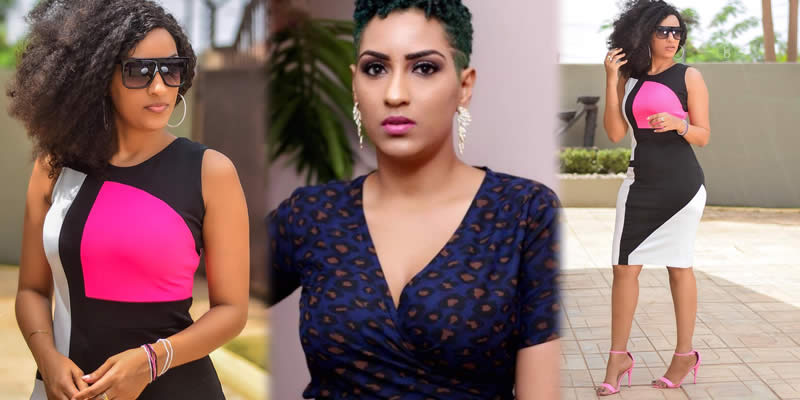 Juliet Ibrahim, a celebrated Ghanaian actress, normally does not mince words when talking about her struggles and how she has made it to the top. She particularly is always ready to dole out practicable instructions to as many who want to tow the same path to success.

In a recent post, Juliet Ibrahim, in addressing the class of people called hustlers gave yet another instructive advice. She warns business owners and entrepreneurs like herself not to be ashamed of their hustle. They should position themselves in the proper way in order to generate profit.

According to the actress of Ghanaian, Lebanese and Liberian origin, no one is ready to cater for any other person so in the end, it is every man or woman for herself and himself:

“Don’t be ashamed of your hustle, nobody will feed you if you go broke. In the end, everyone’s for himself. #hustlehard #selfworth #SellYourmarketYourself #shadesbyjulietibrahim”

The gorgeous film producer and CEO of an eyelash brand did not leave her fans and followers with words alone, she also shared pretty amazing pictures that have left many stunned.

READ: Checkout these lovely photos of Juliet Ibrahim and her beautiful siblings

In her words, the pretty pink and black short gown was the dress she wore to see a star-studded movie titled The Washerman:

“My outfit to the premiere of #thewashermanmovie today in lagos.”

Juliet Ibrahim who has also been following up on her goals of abstaining from ‘intimate relations’ shared a picture of herself rocking a bra top and a bum shorts. In the photo shoot she shared, she was also sporting a bike!

Beautiful thing for a King in the making to do, right?

READ: Tonto Dikeh cries out after spending ₦180k on her son’s diapers (Video)