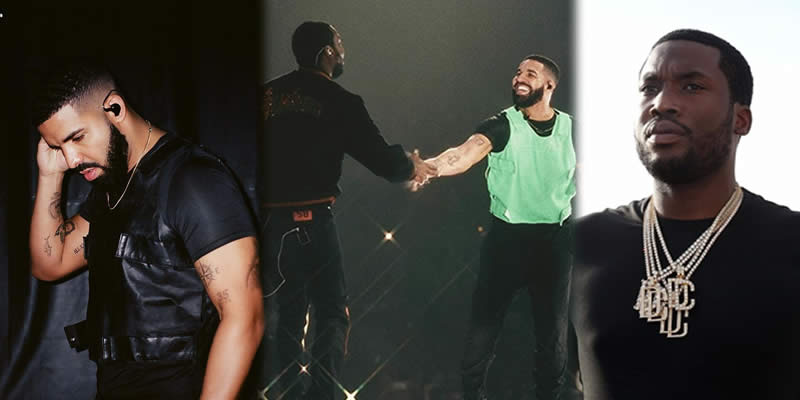 Drake and Meek Mill Beef Is Officially Over

The very publicized beef between rappers, Drake and Meek Mill is now a thing of the past.

During the Boston leg of his ongoing Aubrey and the Three Amigos Tour, which held last night (September 8), Drake brought out his former nemesis, Meek Mill.

As Meek mounted the stage, he exchanged a quick hug and handshake with Drake and went on to perform his 2012 hit, ‘Dreams & Nightmares’.

Drake brings out @MeekMill for his Dreams and Nightmares intro tonight in Boston. #AATTM pic.twitter.com/msfcegt5xz

The Drake and Meek Mill beef stretches back to 2015 when Meek went o a Twitter low-out accusing the Canadian rapper of using ghostwriters. Consequently, Drake retailed with two diss tracks aimed at Meek, including the infamous “Back To Back” freestyle.

This really gave me peace of mind tonight. Healing and moving forward created one of the most electric and gratifying moments of my career. @meekmill I’m happy that you are home and that we could find our way back to our joint purpose 🙏🏽🙌🏽 (Cue the Kevin Garnett “anything is possible” adlib)