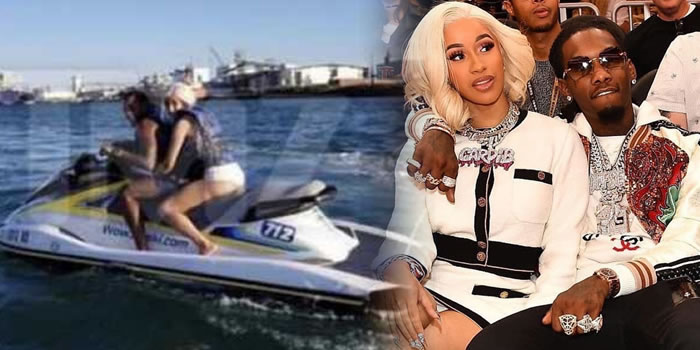 It looks as if Cardi B is slowly but surely letting Offset back into her life. The hip-hop stars appear to be soaking up the sun in Puerto Rico, according to photos shared on social media.

A source previously told E! News that the on-again, off-again lovebirds planned to spend Christmas together for the sake of their 5-month-old daughter Kulture.

In a snapshot published by TMZ, Cardi is all smiles as she clutches on to Offset on the back of a jet ski.

READ: Iyabo Ojo Celebrates 41st Birthday With Dazzling Photos And A Surprise From Her Loved Ones

The white bikini she rocked in the photo matches the same one she modeled in her Instagram Stories just hours prior.

Additionally, Offset posted photos of the same jet ski on his own social media accounts. And later this evening, Cardi is set to perform at the Electric Holiday music festival in San Juan.

You may also like to read; Cardi B defends her man Offset, says he no longer cheats…