Pogba continues to be linked with a transfer away from United with interest from La Liga and Serie A giants, Barcelona and Juventus intensifying.

The reasons Manchester United midfielder, Paul Pogba will win any ‘fight’ against manager, Jose Mourinho at the club has been revealed.

Pogba is determined to leave United after a deteriorating relationship with Mourinho in the last six months.

According to ESPN, Pogba is aware that the Red Devils’ executive vice-chairman, Ed Woodward would prefer to sack Mourinho to keep him at Old Trafford. 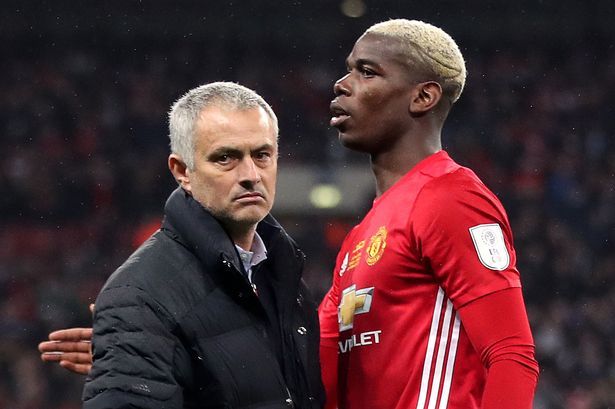 The report claimed that the France international knows he will win any United power struggle with Mourinho because Woodward paid £89million to sign him from Juventus two years ago and would be reluctant to let him leave so soon.

Pogba continues to be linked with a transfer away from United with interest from La Liga and Serie A giants, Barcelona and Juventus intensifying.

The 25-year-old is not giving up on his desire to leave and has admitted on Thursday last week that a move is possible in January.

“My future is currently in Manchester,” said Pogba. “I still have a contract, I am playing there at the moment, but who knows what will happen in the next few months.”