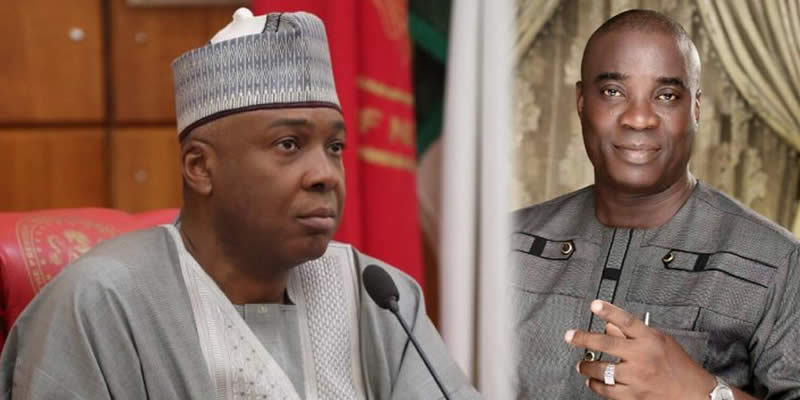 According to Sahara Reporters, Fuji legend, Wasiu Ayinde, popularly known as K1 De Ultimate, released a statement through his media manager, Kunle Rasheed, on Sunday, threatening to sue anyone who uses his song to campaign for Saraki, noting that “he is already talking with his lawyers to seek redress on the matter”.

“The only person he is rooting for to become the president in 2019 is no other than President Muhammadu Buhari. This he has shown by telling the world where his loyalty belongs at every occasion lately.

“K1 has also on countless occasions granted interviews to several media organizations that he is for Buhari till 2023.

“K1 is also using this medium to sound it clear that he will never ever endorse someone who has acted as a betrayal to his party right from when he assumed the office till the time he left the party for the opposition.

“I will liken that to artifice. I am highly disappointed that someone like the senate president can be involved in such a fraud because it is evidently clear that the only person I am rooting for to become the president in 2019 is no other than President Muhammadu Buhari.

READ: 2019: Another group to raise N1bn for Buhari’s primaries as the President receives Nomination form

“The only time I had an encounter with the senate president was at the marriage ceremony of Mohammed Mustapha’s son in Ilorin in 2015.

“So, he has no right to circulate any song without his approval; doing so amounts to fraud.

“I remain a strong party member and the only person I support to become the president in 2019 is Muhammadu Buhari.”

Another related story; I will kill myself If Buhari does not win 2019 election — Man vows in a lone protest