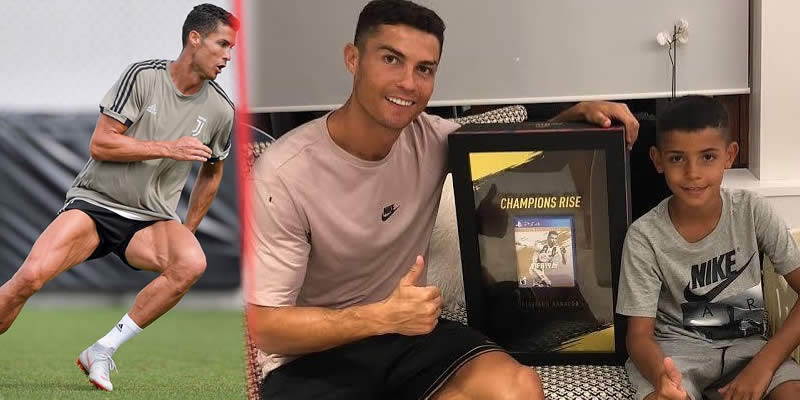 The ‘FIFA 19 cover star’ Cristiano Ronaldo has received the world’s first copy of the game which isn’t due for release until September 28.

The Juventus forward tweeted a picture of himself and son, Cristiano Ronaldo Junior, posing with a PlayStation 4 copy of the game, which arrived in a special edition with the tag line ‘champions rise’ which ties in with the game’s new Champions League license.

Ronaldo scored his first Serie A goals for the club over the weekend and probably has a few cheeky games of Ultimate Team or FIFA 19’s new Kick off party modes with his son to celebrate.

While Ronaldo appears proudly on the front cover in full Juventus kit, his £99million move to Italy must have caused EA Sports a few issues. Whilst changing the front cover should have been simple enough, there were worries that the transfer could have ruined Journey Mode. Another related story; Why Serie A is harder for Cristiano Ronaldo than LaLiga – Raul