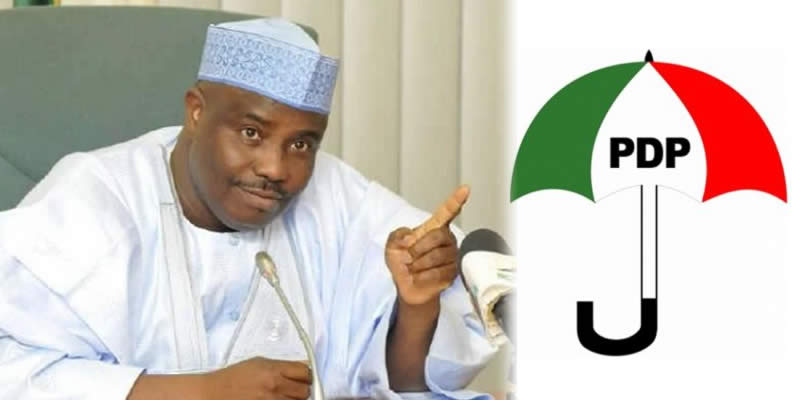 The state governor of Sokoto, Alhaji Aminu Tambuwal, has spoken on what he intends to do if he wins the 2019 presidential primary

Tambuwal also spoke on what he has resolved to do if he loses the forthcoming polls. He said that whereas he will accept whatever the result of the primary will be, he intends to address security issues in a number of northern states

The Sokoto state governor and Peoples Democratic Party (PDP)’s presidential aspirant, Alhaji Aminu Tambuwal, said on Tuesday, September 18, that he would accept the outcome of the party’s presidential primary scheduled for between Friday, October 5, and Saturday, October 6, in Port Harcourt, the News Agency of Nigeria (NAN) reports.

Tambuwal stated this in Birnin Kebbi when he met stakeholders of the party as part of his familiarisation visit ahead of the primary.

“I deem it appropriate to start the visit with Kebbi State being my home as Sokoto and Zamfara.

“Our party is still consulting the stakeholders on who to present to contest for the presidential position. If the consultation fails, we will do the primary and I will accept the outcome and support whoever emerges as our candidate,” Tambuwal said.

Presidency speaks on Buhari govt spending on $1bn on 2019 election

READ: I have the medicine to conquer godfather terrorizing Lagos — Saraki

“I had left PDP for APC in view of the situation we found ourselves under PDP in the last government and joined APC for our conviction and presumption that the party would do the expected,’’ he added.

He promised to address the security challenges in Zamfara, Birnin Gwari in Kaduna, Benue, Taraba as well as Kebbi if elected the president.

Earlier, the deputy state chairman of the party, Alhaji Musa Argungu, assured Tambuwal that party members would support his aspiration.

Meanwhile, NAN reported that Tambuwal on Wednesday, August 15, said that he was under pressure to run for president in 2019.

We gathered that he stated this while addressing different associations of students and youths as well as resident communities who paid him a solidarity visit.

He said had been receiving advice and encouragement from his leaders, peoples across the country as well as people from abroad to contest for presidency. Another related topic; It’s time to have a president we can be proud of — Bukola Saraki