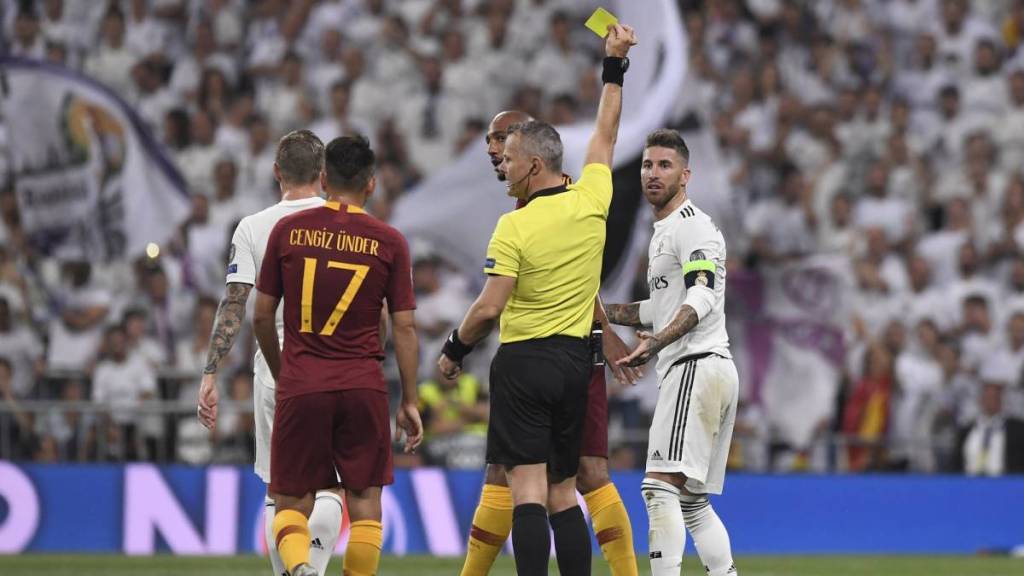 The 32-year-old has now overtaken former Manchester United midfielder, Paul Scholes, as the most cautioned player in the competition.

The 32-year-old has now overtaken former Manchester United midfielder, Paul Scholes, as the most cautioned player in the competition.

Ramos also holds the record for the most yellow cards in a single Champions League campaign, picking up five bookings in the 2010/2011 and 2012/2013 seasons.

Scholes never earned more than four yellows in one campaign.

ALSO READ:What Cristiano Ronaldo said to referee after he was sent off against Valencia revealed

The Spain defender’s dubious record aside, it was a spectacular start to the three-time defending champions title defense, with Gareth Bale, Isco and returnee Mariano all scoring at the Santiago Bernabeu.